Black History Month always provides a fantastic opportunity for us to recognise the outstanding contributions people of African and Caribbean descent have made to our country over many generations. Black history is felt, lived and made every day. We’ve pulled together just some of the resources you can engage with during October and beyond.

The centuries-old timbers of the legendary HMS Namur, a 90-gun second rate ship of the line, were discovered buried beneath the floor of the Wheelwrights Shop at the Dockyard in 1995. These fascinating restored timbers now form the evocative centrepiece of our Command of the Oceans gallery, where her archaeological remains provide a unique insight into warship construction.

Olaudah Equiano, a prominent campaigner for the abolition of the slave trade, was a member of Namur’s crew? Born in 1745, Olaudah was kidnapped by slavers from Nigeria and sold to the Royal Navy to work in the dangerous role of “powder monkey”, carrying powder for the ship’s guns.

Olaudah built a career as a sailor and tradesman, bought his freedom and as a free man even took part in an expedition to the Arctic. Equiano never forgot his roots and provided abolitionist Granville Sharp a detailed record of the gruesome conditions endured by 470 Africans on the Zong slave ship. These personal adventures formed his autobiography, The Interesting Narrative of the Life of Olaudah Equiano. Published in 1789. The best seller became a turning point for the abolitionist cause.

From his memoir, we’ve discovered what life was like on board HMS Namur, extracts of which are told in our Command of the Oceans gallery. 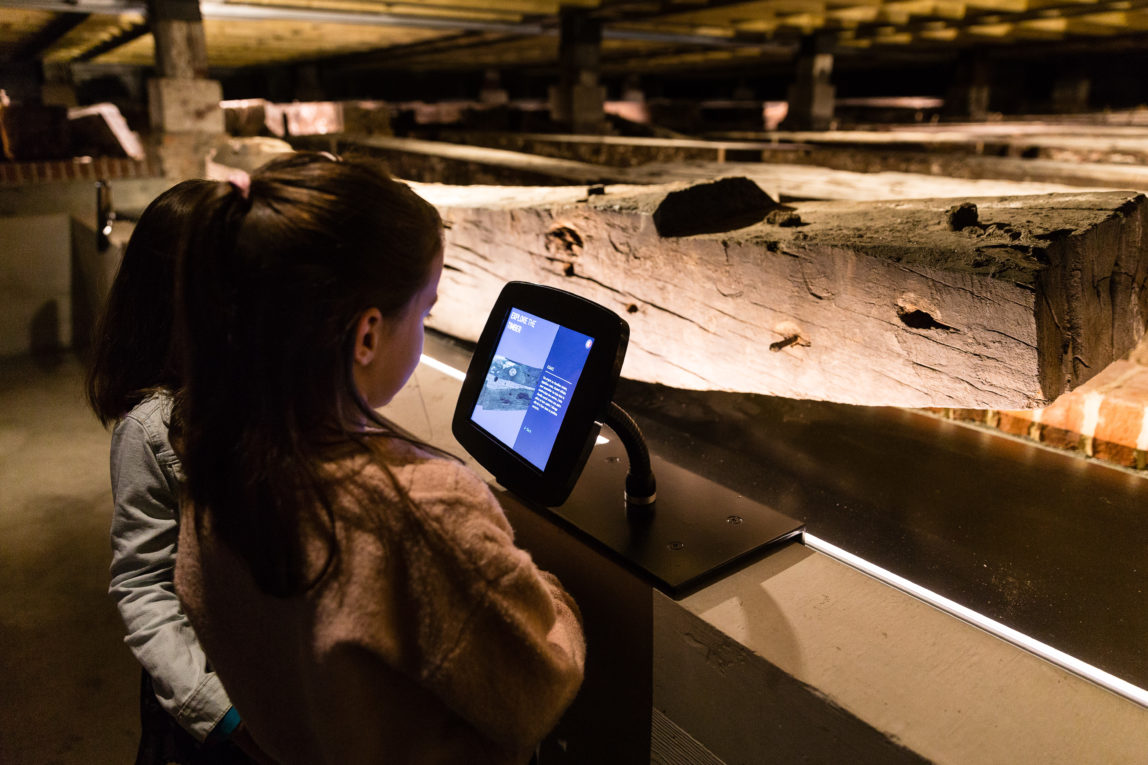 Extract from “Untold Stories a Celebration of the Black History of Kent,” by Medway African and Caribbean Association.

Did you know one of the plaques at the base of Nelson’s Column depicts a black sailor onboard the Victory at Trafalgar?

At the base of Nelson’s Column is a bronze relief, from the Battle of Trafalgar, of the ‘Death of Nelson’. This sculpture was created by John Edward Carew and depicts the aftermath of Nelson being shot by a French man. If you look closely you will clearly be able to see a Black sailor aiming a rifle at where the fatal shot came from.

But who was this man?

The multiple warfronts of eighteenth, nineteenth and twentieth century Europe provided a means for work, travel and potential careers for Black Britons. Laying their lives on the line to fight for throne, it is through this unselfish act that many Black people have left unique, inspiring and sometimes controversial stories.

A little known fact is how one third of the crew on board HMS Victory, the Chatham built flag ship of Admiral Horatian Nelson were non-British. The Muster books from the time recording who was serving on board actually list eighteen men as being born in Africa and nine of West Indian heritage. However, we do not know for certain which Sailor was depicted in this scene.

Was is James Brown? Born in 1754 Brown volunteered to join the Navy, initially enlisting in February 1804 and was promoted to Ordinary Seaman on the 23rd April 1804. After his time on the famous Victory he was promoted to Able Seaman and served onboard the warships Ocean, Salvador DelMundo, and Rhin. However, he reportedly ran from the last warship in 1809 and was lost to history thereafter.

It is rumoured that Brown is the Black man portrayed on the pedestal of Nelson’s Column in Trafalgar Square as the man who is taking aim at the Frenchman that fatefully shot Nelson.

Or was it George Ryan? Another rumoured to be the man depicted in the bronze relief. Aged 23 on the fatal 21st October 1805 George was listed as working on the HMS Victory. He served in the Royal Navy until 1813 when he was injured and honourably discharged aged 32.

The answer is we don’t know. However, there is no doubt a Black man was included in this sculpture as there was no doubt at the time that Black sailors had been among the heroes of Trafalgar.

We were recently donated, a plaster repro of one of the plaques at the base of Nelsons column. 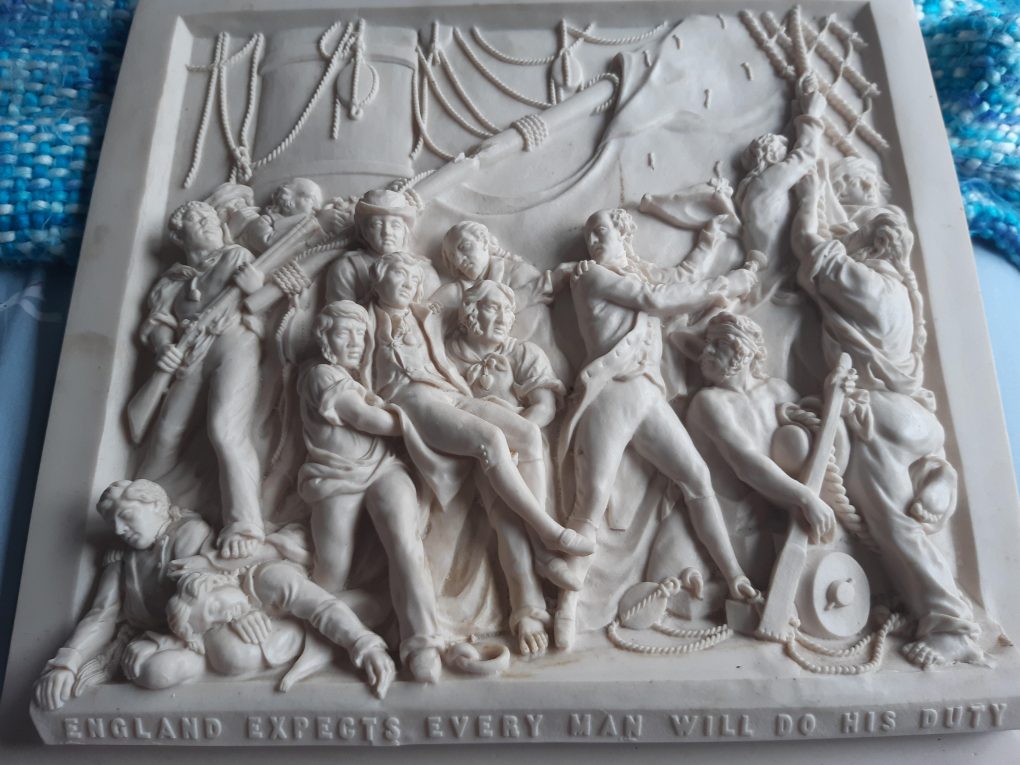 Can you see the Black sailor at the bottom left of the plaque?

If you would like to find out more we recommend David Olusoga’s book ‘Black and British’. The book sheds the light on Black Britons that have been ‘miss-filed, recategorised or side-lined’ out of mainstream history.

The Black Cultural Archives is the only national heritage centre dedicated to collecting, preserving and celebrating the histories of African and Caribbean people in Britain. As well as holding collections you can explore, the Archives run a programme of events and exhibitions all year round.

Re-education focuses on a different theme each month, sharing three resources to engage with on the chosen topic including videos, books and online articles.

@ablackhistoryofart is an Instagram account run by Alayo Akinkugbe, highlighting the overlooked black artists, sitters, curators and thinkers from Art History and the present day.The 100 Great Black Britons campaign has pulled together a list of educational resources – largely aimed at schools but you’re never too old to learn.

The Black Curriculum is a social enterprise committed to the teaching and support of Black history all year round.