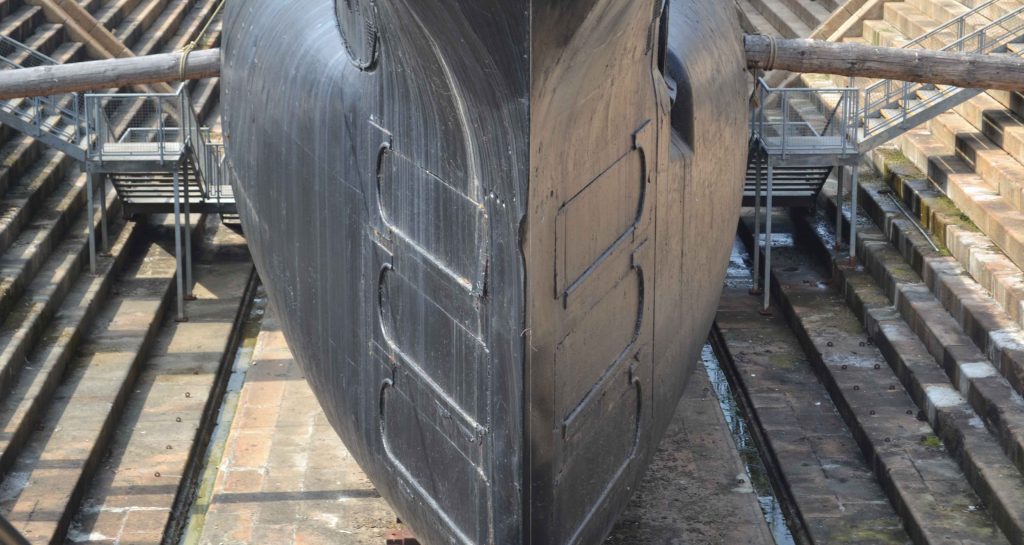 When constructed in the 1960s, HMS Ocelot had 8 torpedo tubes, 3 on each side at the front (bow) and two at the rear (stern). Originally the submarine would have carried up to twenty-four ‘Mark 8’ torpedoes. Six in the torpedo tubes and 18 on racks in the torpedo compartment. Mark 8 torpedoes had a range of up to 3 miles. We have an example of a Mark 8 torpedo on board. It is so large, that often visitors just walk by without noticing it, until it is pointed out to them. Throughout her time in service, HMS Ocelot also carried Mark 22 torpedoes. These would have been used against both submarines and ships. The rear torpedo compartment was converted to sleeping quarters for the maintenance crews – engineers, mechanics and electricians. This became known as the Stoker’s Mess. This was a hot and noisy space, with lots of vibrations as it was behind the engine room and next to the propellers. HMS Ocelot went through many refits in her time of service. During one of these refits, the torpedo tubes were removed so that a new passive towed array sonar could be added.

Thank you for taking the HMS Ocelot Digital Tour