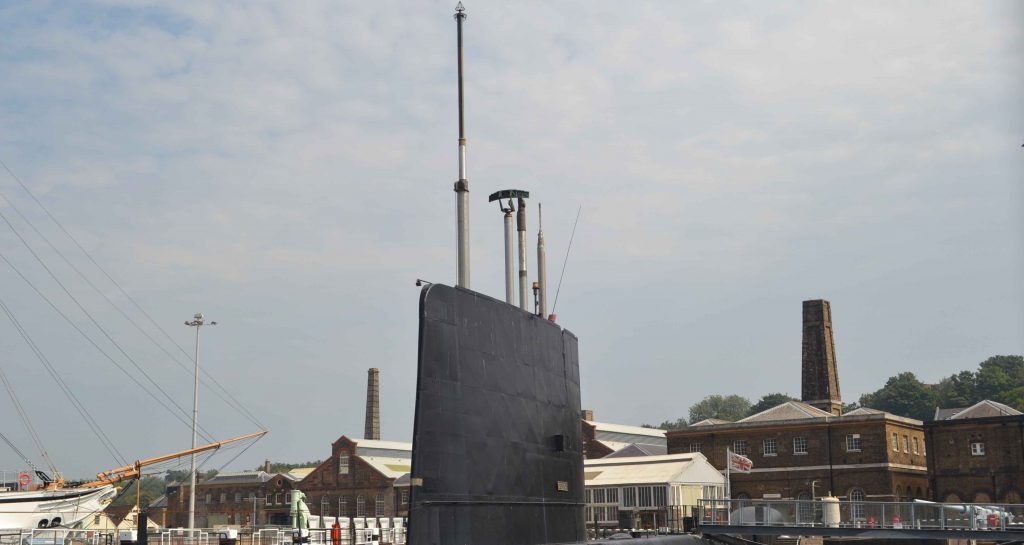 The large tower in the middle of the submarine that looks like a shark’s fin is called… ‘The Fin.’

The Bridge is an area at the top where the crew could stand and look out over the sea. Inside the Fin is the Conning Tower. 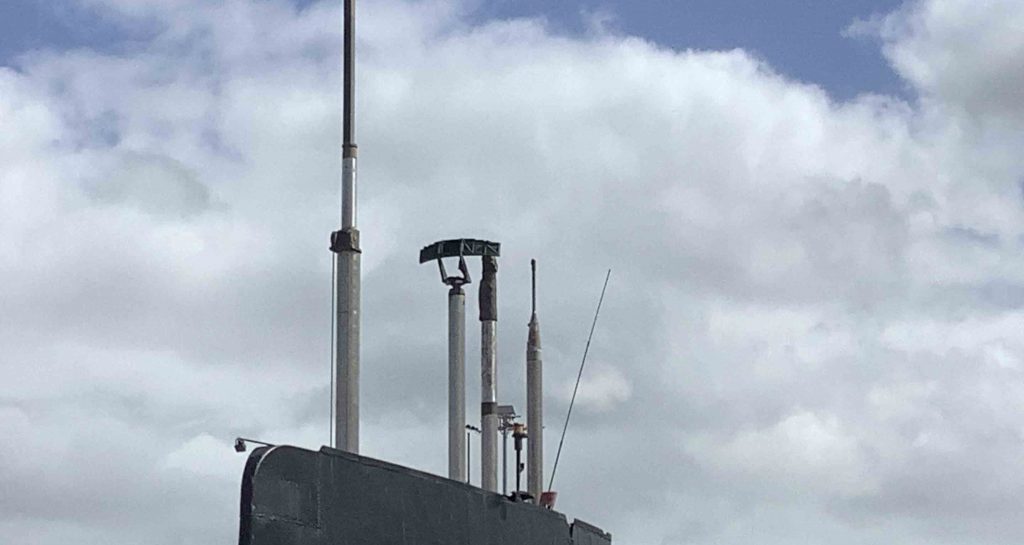 The shortest tube at the front which becomes thinner towards the top is the Attack Periscope. This was sometimes called the Captain’s Periscope. A periscope uses mirrors, to allow the crew to look around when the submarine is submerged. The thin profile allows the attack periscope to cut through the water easily, creating little disturbance in the water and is more difficult to spot. This would have been used when HMS Ocelot wanted to remain unseen, when in close range of an enemy vessel. The second tube is the regular search periscope. This was larger and could be used to scan the horizon when the submarine was further away from an enemy vessel. 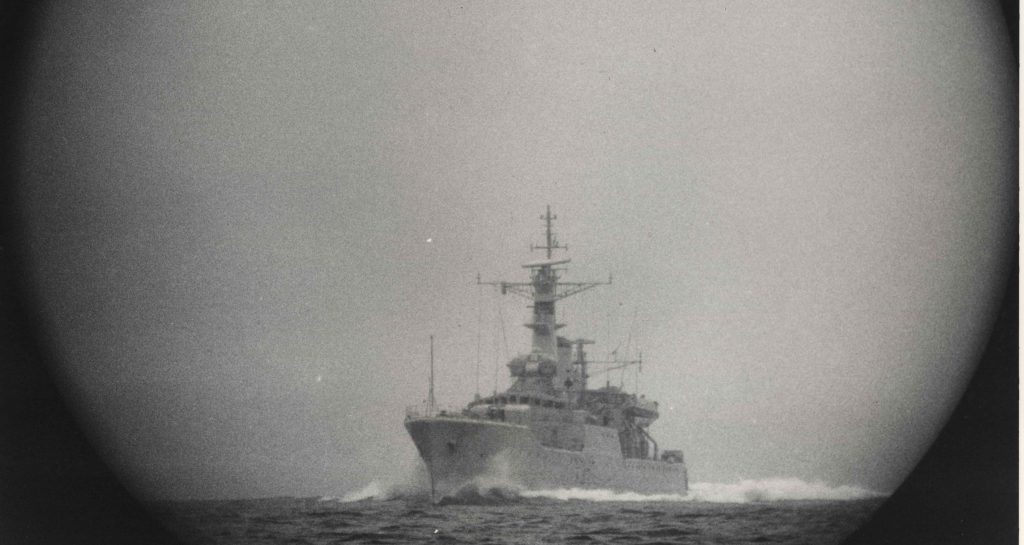 The third tube is for radar transmission, this would have been used with the onboard radar systems to track ships or aircraft.  The fourth and longest tube is the Radio Communication mast. In the 1960s messages were sent and received using radio waves. 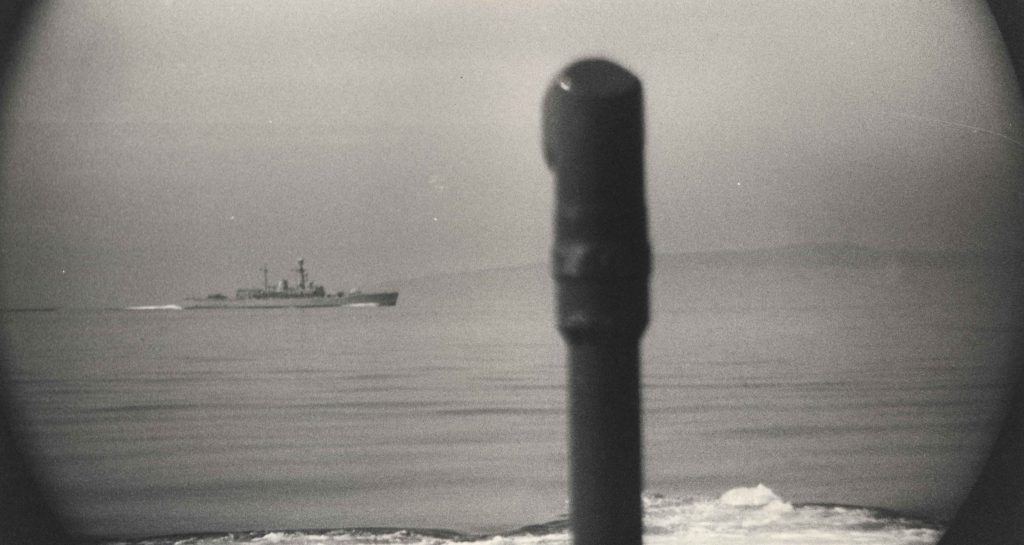 Below the Fin at the bottom of the Conning Tower is the Operations Room. Here all of the systems of the submarine could be controlled. 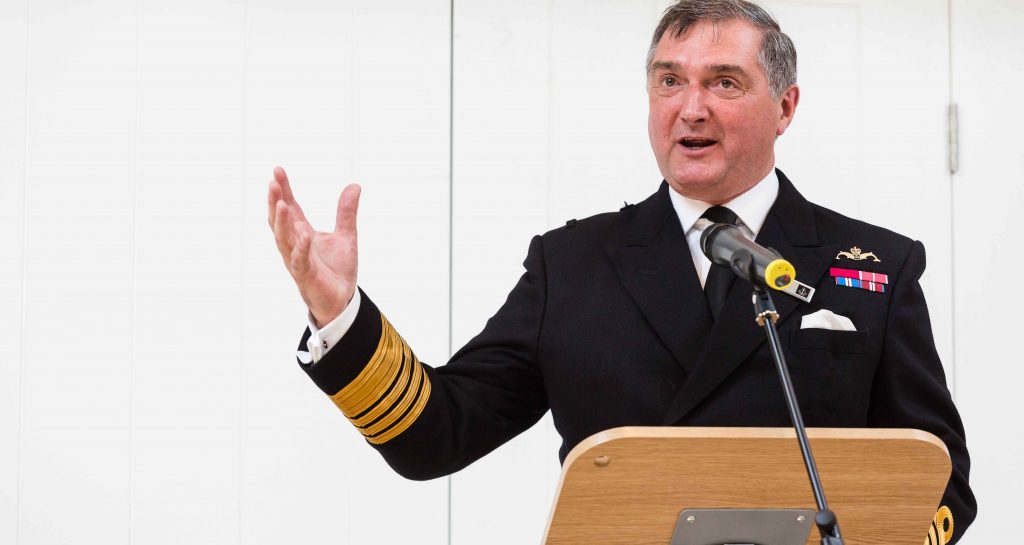 The Chatham Historic Dockyard Trust’s current Chairman, Admiral Sir Trevor Soar, was one of the commanders of HMS Ocelot during her time in service. Hear his memories of the Control Room onboard HMS OCELOT. 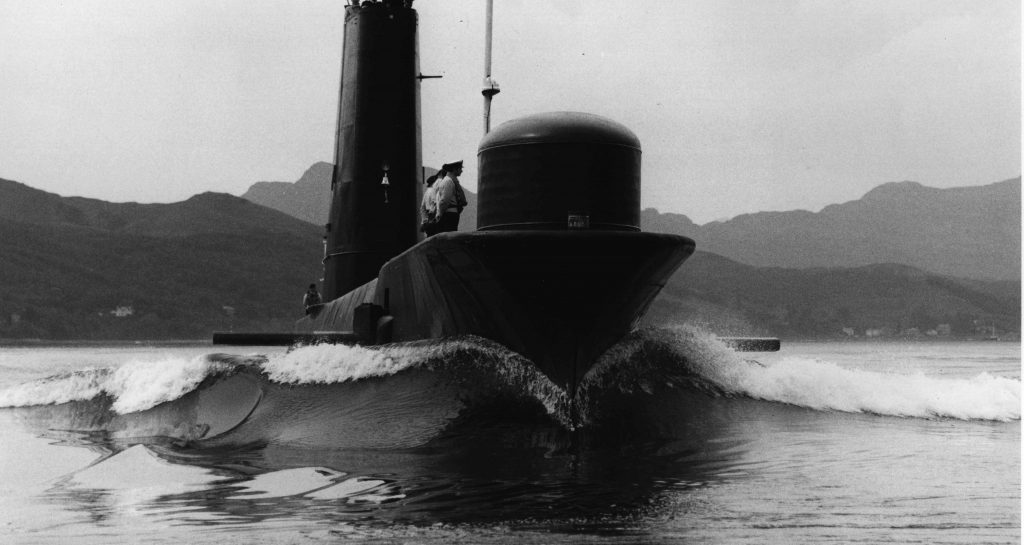 Next to the Control room was the Captain’s Cabin. The captain was the only person on board to have his own room, however it was very small. It is said that one of the former captains of HMS Ocelot was so tall that he had to have a small hole cut into an internal wall, so that he could lie down flat with his feet poking through the hole! The Submarine Command Course (SMCC), previously known as the Commanding Officers Qualifying Course (COQC), and informally known as The Perisher because of its supposed low success rate, is a training course for naval officers preparing to take command of a submarine.