What is Windrush Day?

The MV Empire Windrush was a ship that brought hundreds of passengers from the Caribbean to Tilbury Docks in Essex, docking on 21 June 1948 and disembarking on 22 June 1948. The passengers – who boarded the ship in Jamaica but came from many islands across the Caribbean – came to Britain to build a better life. In the years since, the ship and its passengers have come to represent generations of Caribbean migration to our country that has made our society richer and more diverse.

When is Windrush Day?

For generations, communities and groups have been celebrating and commemorating Windrush Day on 22 June by holding events and educating around the topic. And in 2018 the Government announced the first National Windrush Day to encourage more communities across the country to commemorate the Windrush story on Windrush Day and throughout the year. 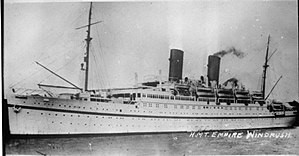 Who are the Windrush Generation?

The Windrush generation refers to the people who migrated to Britain between 1948 and 1971 from the 28 nation islands of the Caribbean.

People of the commonwealth were invited to Britain by the British government who were facing a labour shortage after the Second World War. Many of those who answered the call worked in the NHS, public transport and in factories.

2019 marked the 70th anniversary of the arrival of Windrush and the formation of the NHS, these two histories are very much interlinked.

Windrush and the NHS

The National Health Service was born on the 5th July 1948, and has since become one of the most beloved, but increasingly under-funded, symbols of modern Britain.

Over the years the NHS’s survival has depended on the contributions of migrant workers, and more specifically people from countries tied to Britain’s colonial past.

During post-war Britain, populations from the Caribbean, Africa and Asia were called upon to travel to the ‘motherland’ and help rebuild its public sector. As a result, African and Caribbean women in particular made up the foundation of the NHS, in roles such as nurses, midwives and domestic workers.

“It is no exaggeration to assert that without our contribution the NHS would not have survived, even in its present besieged and truncated form” – Heart of the Race

But Black people’s contributions to British health services did not begin with the NHS or the arrival of MV Empire Windrush. Mary Seacole, born in Jamaica in 1805, was an incredible nurse who pioneered the use of traditional holistic medicines. Despite being refused work as a nurse to treat wounded British soldiers during the Crimean war, Mary went anyway and was beloved by her patients.

Some of the people of Medway Africa and Caribbean Association (MACA) have shared their stories of life in Kent. If you would like to learn more about Windrush generation individuals from Medway, and upcoming events, please visit www.macacharity.org.uk.

Learn more about the history of Windrush Generation

Who is Medway African and Caribbean Association (MACA) ?

A long standing partner of Chatham Historic Dockyard Trust, Medway African and Caribbean Association (MACA), started in 1984, by a group of people in a front room. Originally formed to provide support and activities for the growing Black population in Medway, it has grown in its 34-year history. MACA holds a weekly drop in session for senior citizens, and works with schools, prisons, police, health and fire services, universities, local councils, and holds annual events for Black History Month.

The non-profit organisation in Medway is dedicated to charity work. The association exists to: promote an awareness of African and Caribbean Culture, through arts, educational and social programmes, primarily for the benefit of its members but also accessible by the wider community. It also acts as a means of support to members on issues to do with racial harassment, undertaking prison visits, as well as many other functions.

Find out more about MACA