My Time Travelling Debut as a 1970s School Child

To celebrate ‘pretend to be a time traveller day’ we caught up with Vikkie from our Collections department.

In our latest blog she talks about sharing an uncanny resemblance of herself in a photo she found in our collections. Vikkie also speaks about her family connections to the dockyard and, if she travelled back in time, what she thinks she might be doing at the ‘yard…

Can you spot ‘Vikkie’ in this photo? 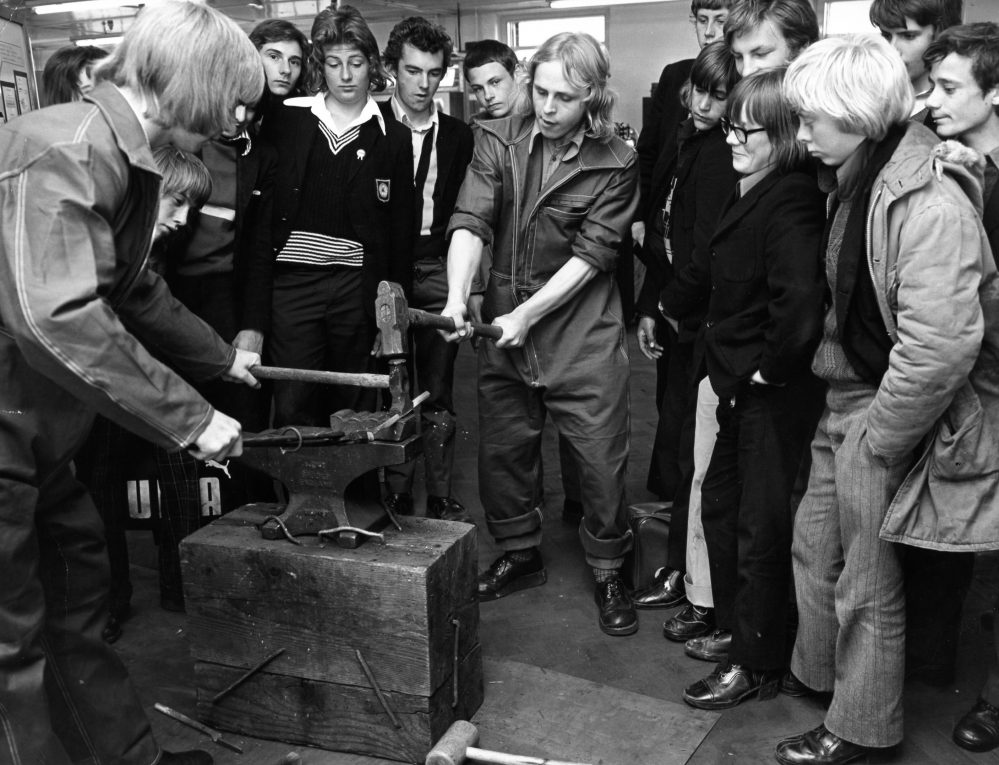 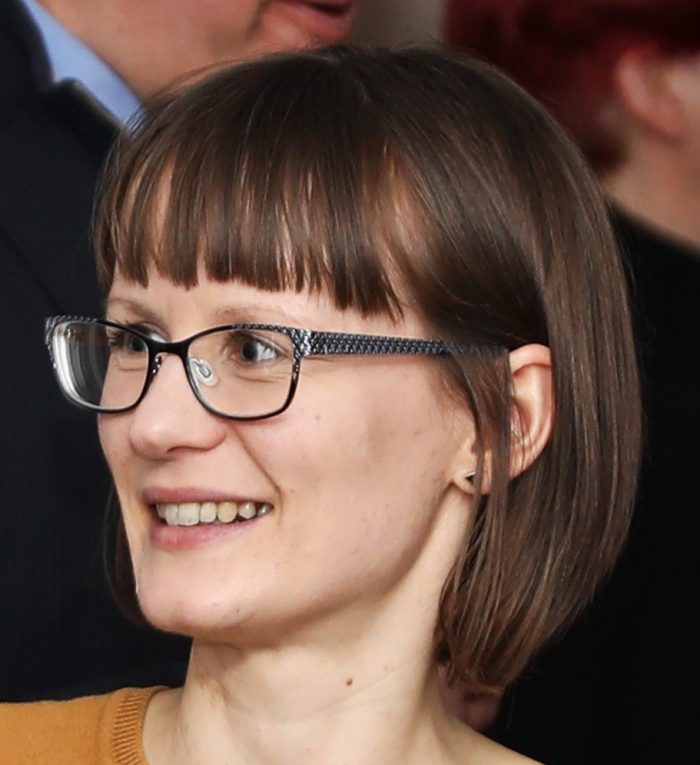 Here I am today in 2020 in comparison – my colleagues find the resemblance quite humorous, considering it’s a boy back in the 1970s!

This old photograph shows a couple of Chatham Dockyard apprentices doing a blacksmithing demonstration for a group of school children in the 1970s. It would have been part of a careers drive with the local schools, showcasing the different trades they could learn as part of a Dockyard apprenticeship.

Where would you have liked to work at the dockyard?

My great grandfather Sydney trained as a shipwright at the Dockyard, pioneered arc welding, ended up running the welding school and worked on Ocelot. My grandfather did his apprenticeship at the Dockyard before joining the Merchant Navy and spending his professional career designing parts for aircraft at what is now BAE Systems in Rochester.

I think I would like to have done a combination of all of the above (perhaps with the exception of the Navy – Sydney used to get seasick in the dry dock, I think I take after him!) and in reality, I would prefer designing ships to building or sailing them. I like to think I would also have been involved in the Chatham branch WRNS, based at the RN Barracks (now university campuses) like my great grandmother Grace at the end of the First World War.

As a collections officer what time period would you travel in and why?

I would travel back to the 1950s and 1960s so I could see Sydney during the latter half of his working life in the Dockyard. 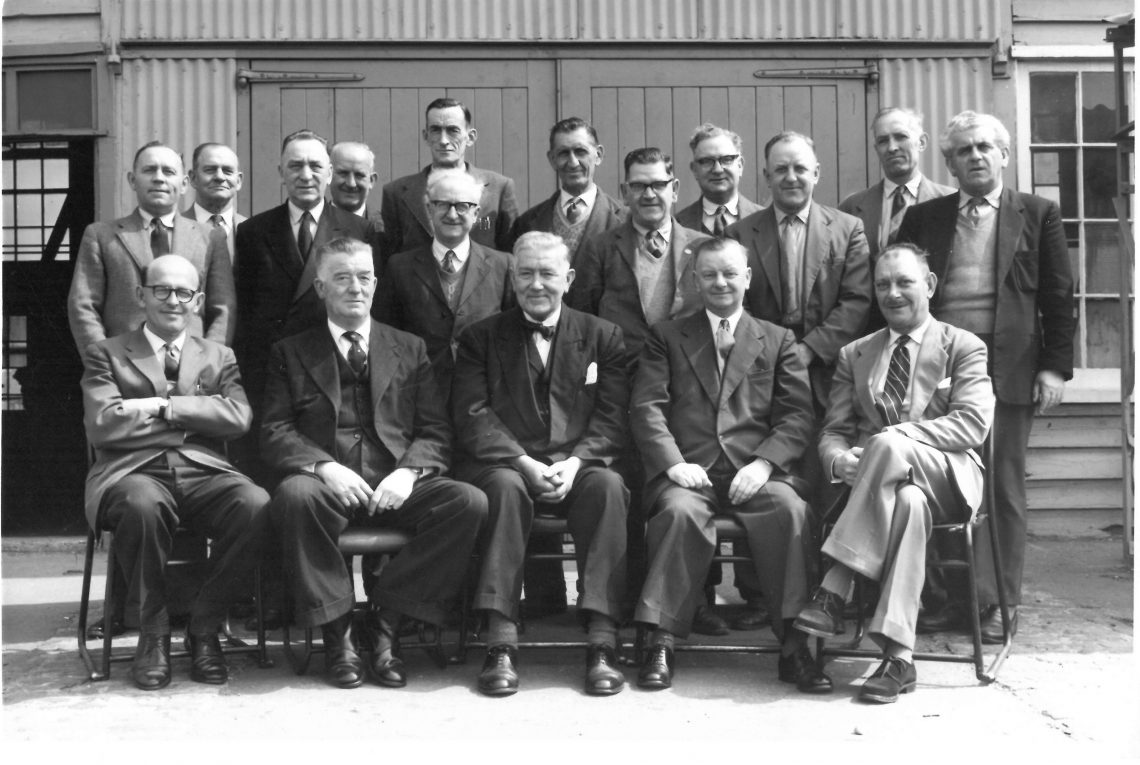 I would also have been able to see one of my favourite items in our collection in action, this caulker’s stool, owned by Shipwright Liner Eric Porter. There was a need for ‘wood caulking’ even in the 1960s, as Tribal Class Destroyers and Minesweepers still had wooden decks and the caissons were caulked to stop water coming through. 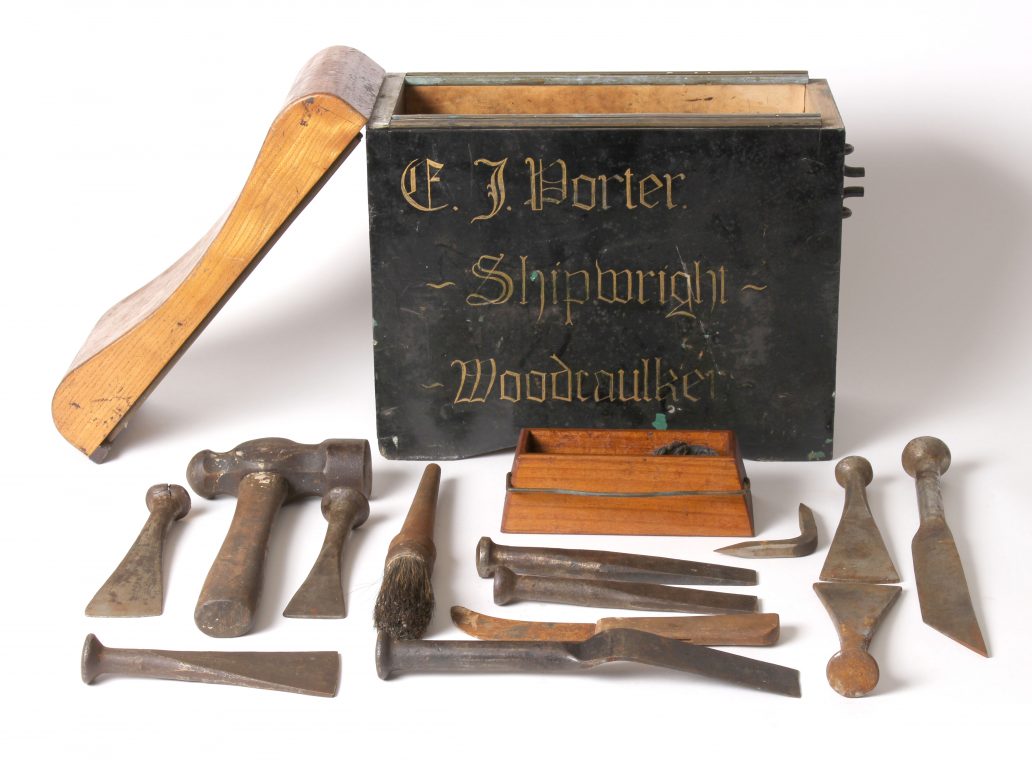 Do you have a favourite part of history?

I am a big fan of mid-century fashion, music and interior design. I also love 1920s and 1930s design, architecture, typography, fashion and interiors and this period could be seen as a liberating time for women in history (depending on class and circumstance of course). Going slightly further back in history, I have always been fascinated by Ancient Egypt but I wouldn’t last very long in that climate.

What part of history would you want to avoid?

There are many periods in history I would avoid but, if I had to choose, I would say the Victorian era. As a woman I would have been treated as a second-class citizen and being small, I would have been down a mine, up a chimney or scrabbling round on a factory or mill floor picking up bits of fluff! I don’t do well with restrictive clothing either. Having said that it would have been interesting to see the Dockyard in full swing at the height of its expansion and the transition from sail to steam.

Discover more about our Collections Team: https://thedockyard.co.uk/the-collections/ and explore the incredible objects found at The Dockyard in our online catalogue.