Chatham built 57 Submarines between 1908 and 1966 – more than at any other Royal Dockyard.

Decommissioned in 1991 she was acquired by the Chatham Historic Dockyard Trust as part of its development of living working museum. It was necessary to raise £150,000 needed to return the submarine to Chatham safe and sound.

On the 12th December 1993, a very wet Sunday, members of the Royal Naval Auxiliary Service Thames and Medway were shown around the Dockyard, they were disbanded by the Ministry of Defence as their role in the UK was no longer needed due to a change in the Russian policy. The service consisted of Seamen, Engineers, communicators and operatives trained by the Royal Navy.

As there were members of the CHDVS who had served on the Oberon-class submarines, it was felt they were ideally placed to help with alteration and renovation to open Ocelot to the public.

After two years, working with the then ships keeper Derek Otway the Ocelot team acquired many of the parts taken off during decommissioning because they were secret at the time due to the fact Canada and New Zealand still had them at sea. 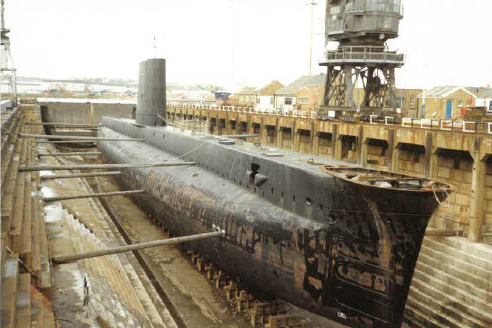 There were five main changes required, that of making Ocelot electrically safe, pumping up the two periscopes to a level visitors could reach and look at the outside world. The accommodation hatch used by crew was not suitable, so a staircase was provided forward and aft were the torpedo loading hatches were located, providing a suitable and safe way to enter and exit the submarine. Also, the team had to reinstall the hydro planes and they acquired a SONA dome as the original was damaged whilst in service, it weighed two and half tons and had to be craned on board. 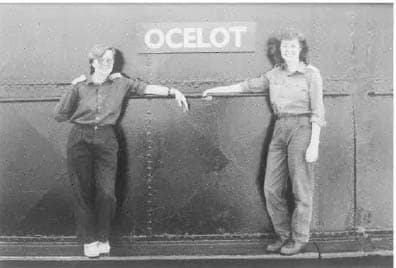 Visitors could discover what life was like below the waves in a submarine of the Royal Navy, and they could explore her interior, see the torpedo control and engine rooms, be amazed at the cramped and crowded conditions the crew of 69 endured for months on end.

In addition, visitors were amazed how small the galley was and that two cooks and an assistant would prepare and cook three meals a day for 69 as well as baking bread and cakes. 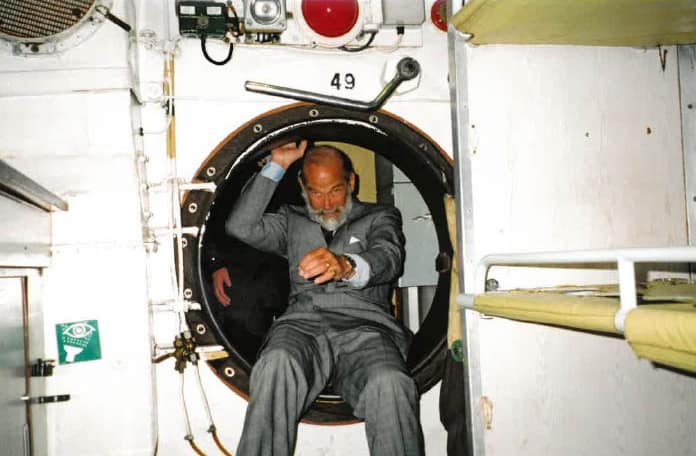 CHDVS patron His Royal Highness Prince Michael of Kent made a visit to see the Dockyard and the work in progress on Ocelot on the 6th of July 1994. He was introduced to the Ocelot team and made a tour through the various compartments. 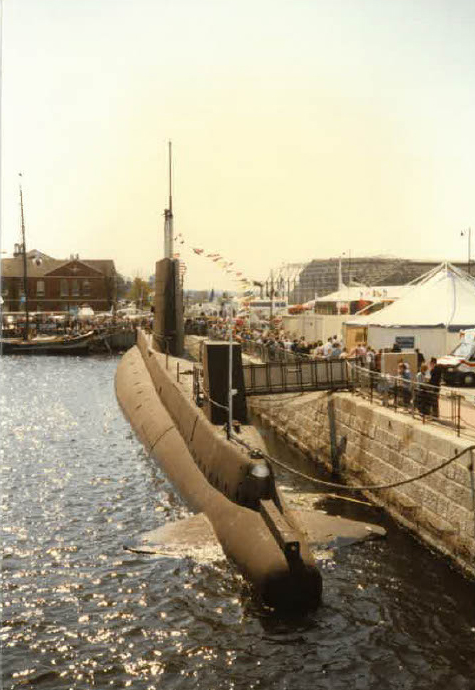 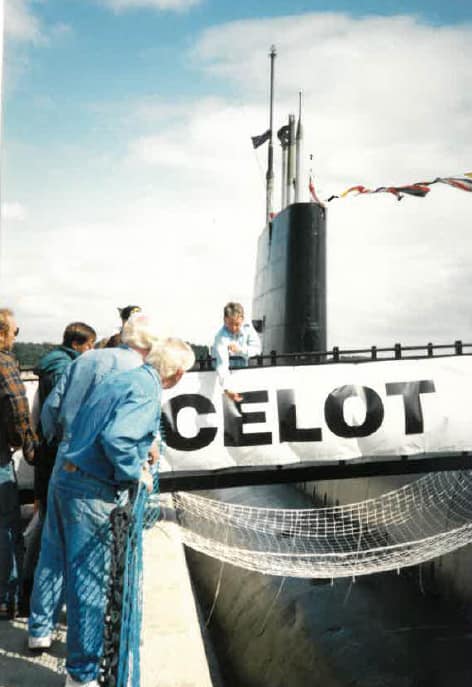 Ocelot was towed out of the Dock down the river to Number 2 Basin where she would be open to the public, she was very popular and drew many visitors. Before visitors were allowed on board, they had to negotiate “the Doughnut”, a round hole the size of the internal bulkhead hatches. If they could not manage getting through, it was suggested that they should not enter the submarine.

After a couple of years in Number 2 Basin Ocelot was towed back to the dry dock within the Historic Dockyard and re-opened to the public where she lives now, sitting on dock blocks. 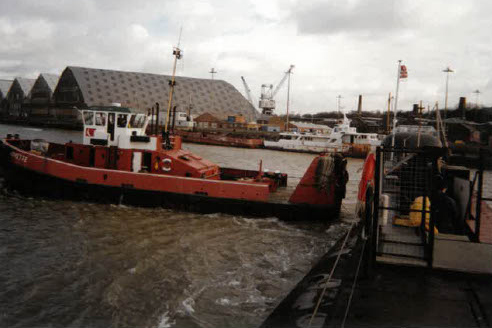 With thanks to Alan Bates, Chairman, Chatham Historic Dockyard Volunteer Service, for writing this blog and sharing his photographs.