Did you know there was an insect class of Royal Naval ship? Or that Royal Naval crews sometimes took live animal mascots on their voyages?

You might be surprised to hear that we a variety of objects in our collection that link to nature and animals. Read on to find out more.

The Navy has a long history of naming ships after animals. To name a few, the Royal Navy’s early destroyers, from 1900 to 1910, nearly featured an entire zoo with names including Ferret, Lynx, Opossum, Porcupine, Zebra, Kangaroo, Panther, Seal, Wolf, Greyhound, Leopard, Otter, Roebuck and Stag. 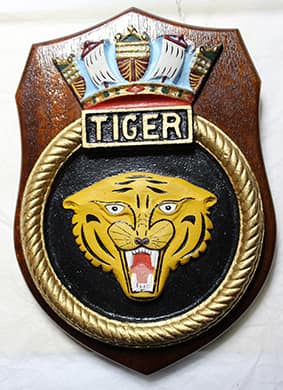 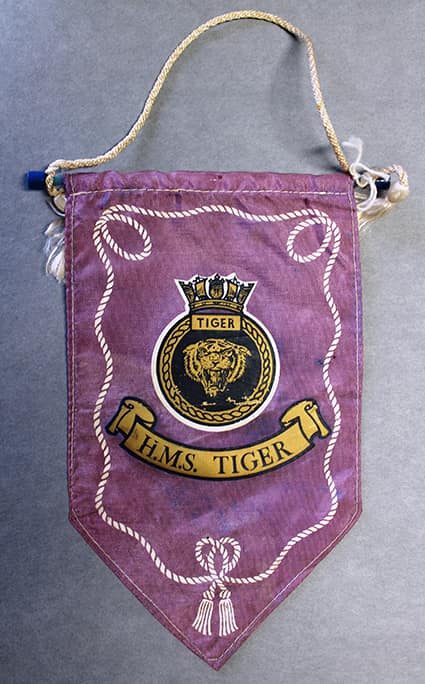 Between 1941-1961, a group of three Tiger-class post–Second World War cruisers were built. In 1964, the Tigers were approved for conversion into helicopter-carrying cruisers and were commissioned until 1979. 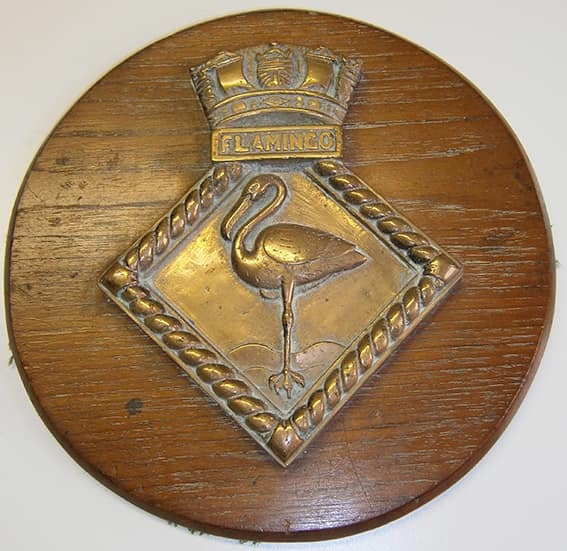 Between 1939–1943, twelve large Black Swan Sloop class of ship were launched and named after water birds. These 12, including 4 for the Royal Indian Navy, include names such as Flamingo, Black Swan, Erne, Ibis, Whimbrel, Wild Goose, Woodpecker and Wren.

Between 1941 – 1945, 25 modified Black Swan class were laid down and were in commission until 1967. Names included Crane, Cygnet, Kite, Lark, Magpie, Sparrow, Starling, Woodcock and Peacock.

And of course, not forgetting HMS Gannet and HM Submarine Ocelot, the two historic warships we have in our collection today. It’s not only animals the Royal Navy named their ships after but insects too.

The Insect-class gunboats were a class of small, but well-armed Royal Navy ships designed for use in shallow rivers or inshore. First employed during the First World War, The Aphis, Bee, Ladybird and Scarab were deployed to Port Said, Egypt in 1915. Gnat, Mantis, Moth and Tarantula were sent to the Persian Gulf in 1916 and Glowworm, Cicala, Cockchafer and Cricket were deployed to the east coast of England for anti-Zeppelin work. In 1919, Glowworm, Cicala, Cockchafer, Cricket, Moth, and Mantis served in the Russian Civil War on the Dvina River supporting the White Russian forces.

The Royal Navy and animal mascots 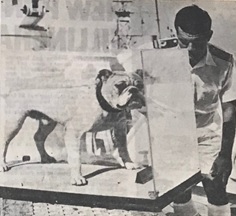 There are many stories of dogs and cats being mascots.

Mentioned in the Dockyard’s newspaper ‘Periscope’ in 1970, is the story of bulldog Joey. Joey first went to sea as a puppy in early 1916 in the battle cruiser HMS Renown. He later moved to the battle-ship Queen Elizabeth and accompanied Admiral of the Fleet, Earl Beatty, in the 1919 Peace Parade through London. At the time of the article, Joey was the longest serving, and most famous, animal in the Royal Navy. 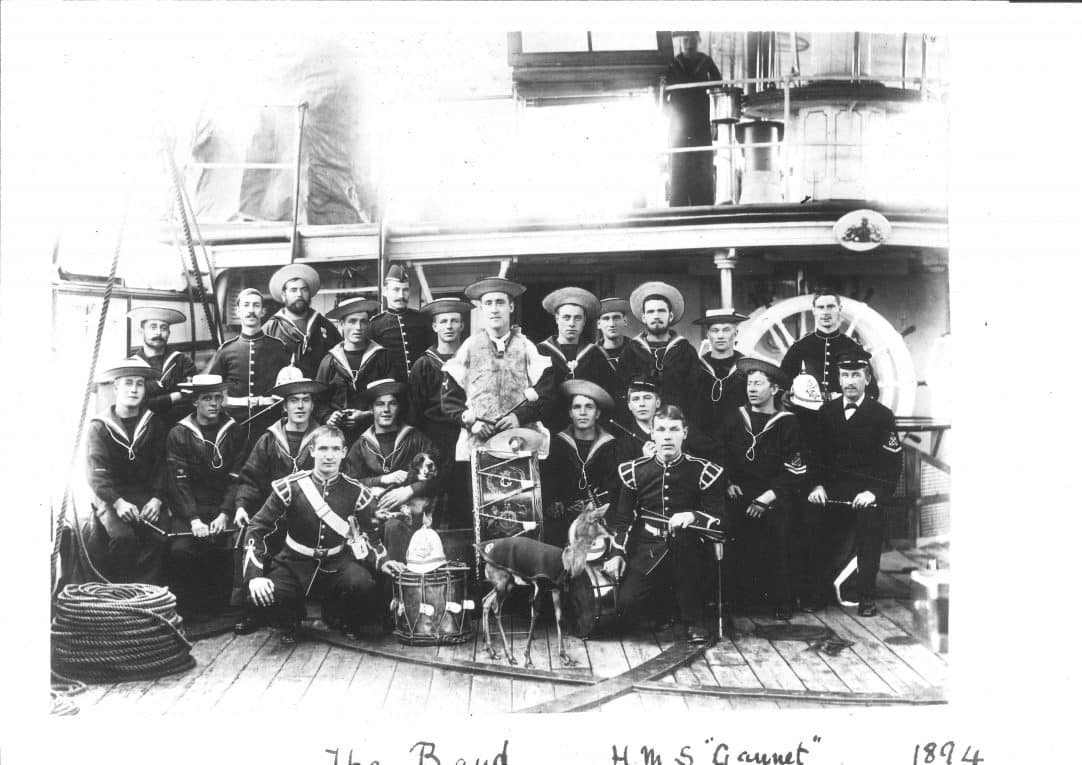 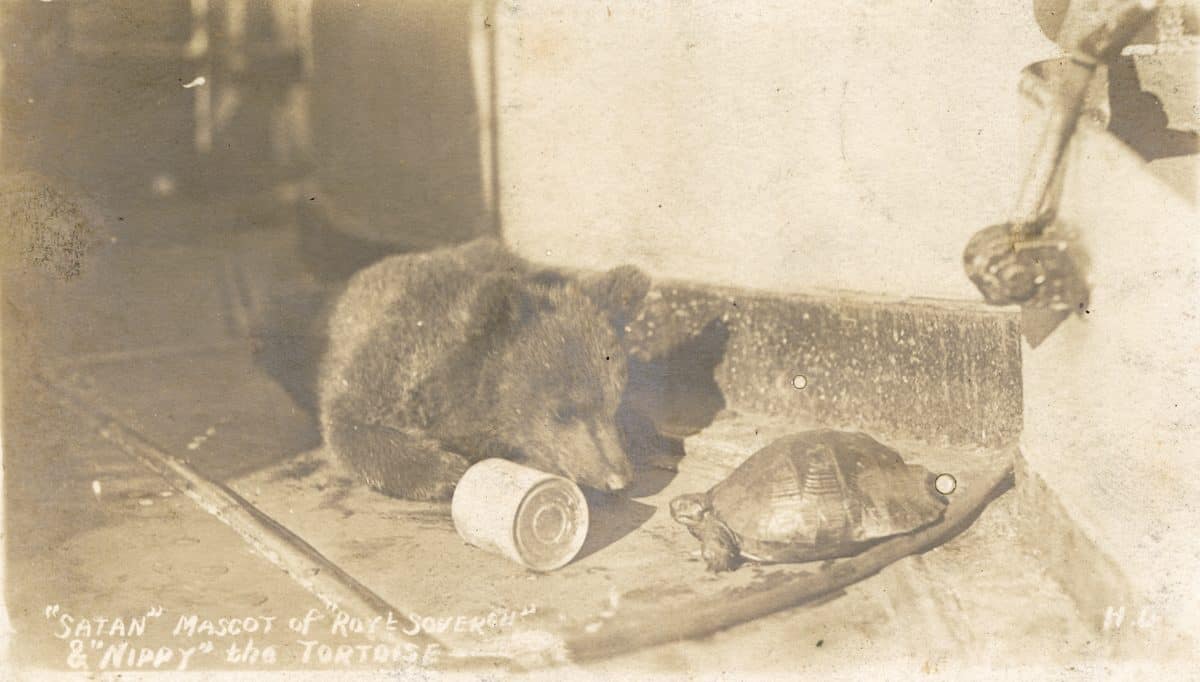 This photo shows Satan the bear and Nippy the tortoise, mascots on HMS Royal Sovereign.

In 1975, the Royal Navy banned the practice of taking animal mascots to sea. 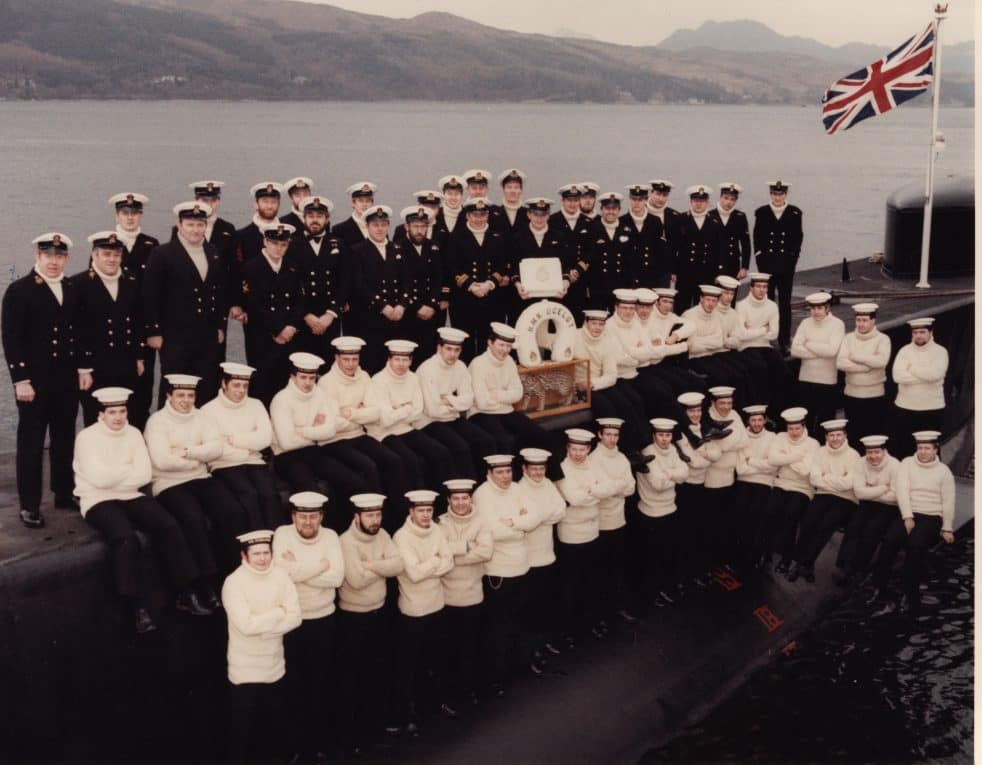 This maybe why HMS Ocelot had its very own stuffed Ocelot as its mascot. Only the essentials for a covert mission!

What is ‘Crossing the Line’?

This is a rite of passage that has evolved over hundreds of years in the Royal Navy and is still performed today. The ceremony takes place when a ship crosses the Equator and involves initiating new Sailors that have not yet crossed the Equator/’the line’ into the ‘Ancient Order of the Deep’.

Traditionally, on the day of the crossing, a procession of Father Neptune and his royal court takes place with adorned costumes. After the procession and the new sailors complete a series of uncomfortable tasks the newly initiated receive certificates. 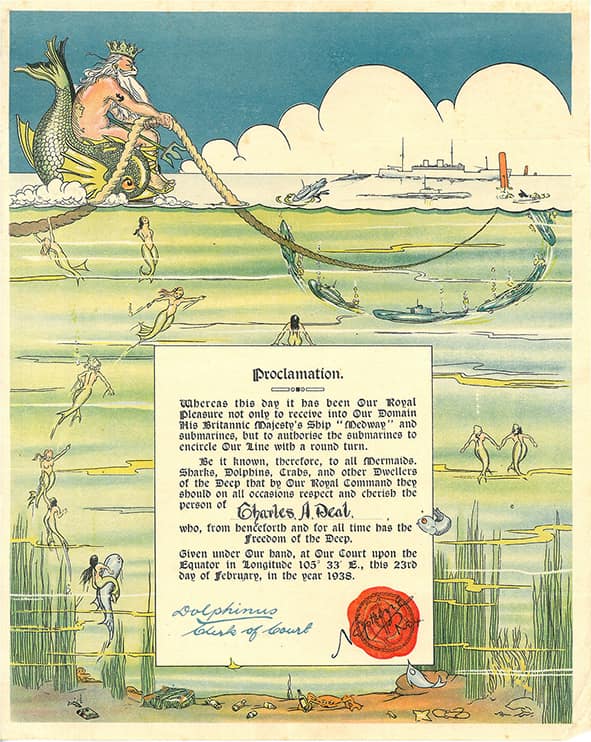 Our Collections Team also found a lovely collection of Sailors personal items that feature nature. The Sailors clearly wanted to remember their home while on long sea voyages. 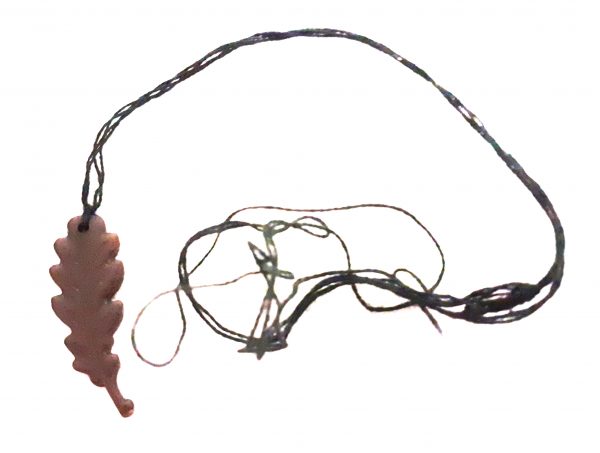 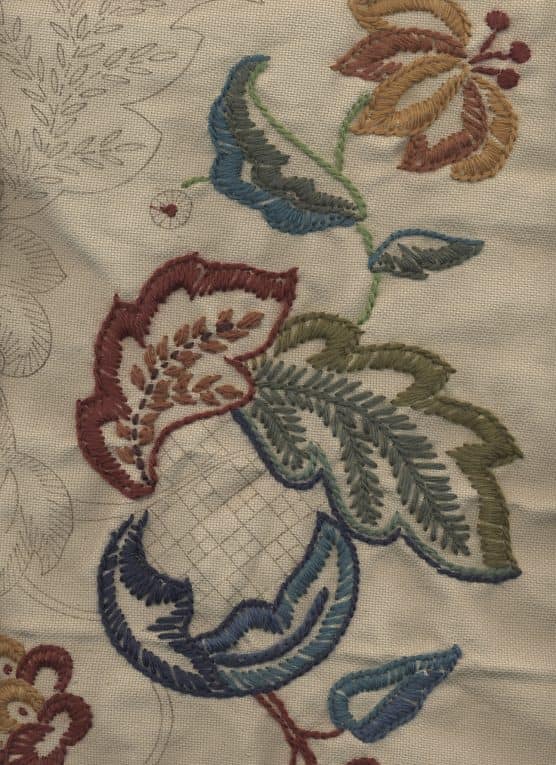 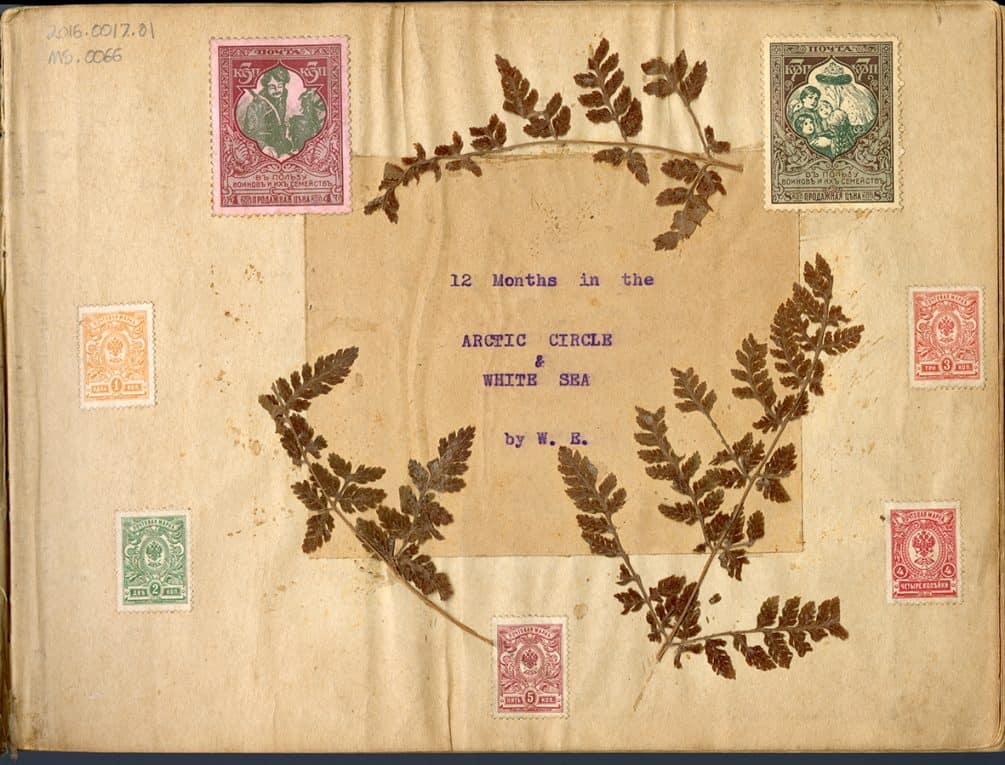 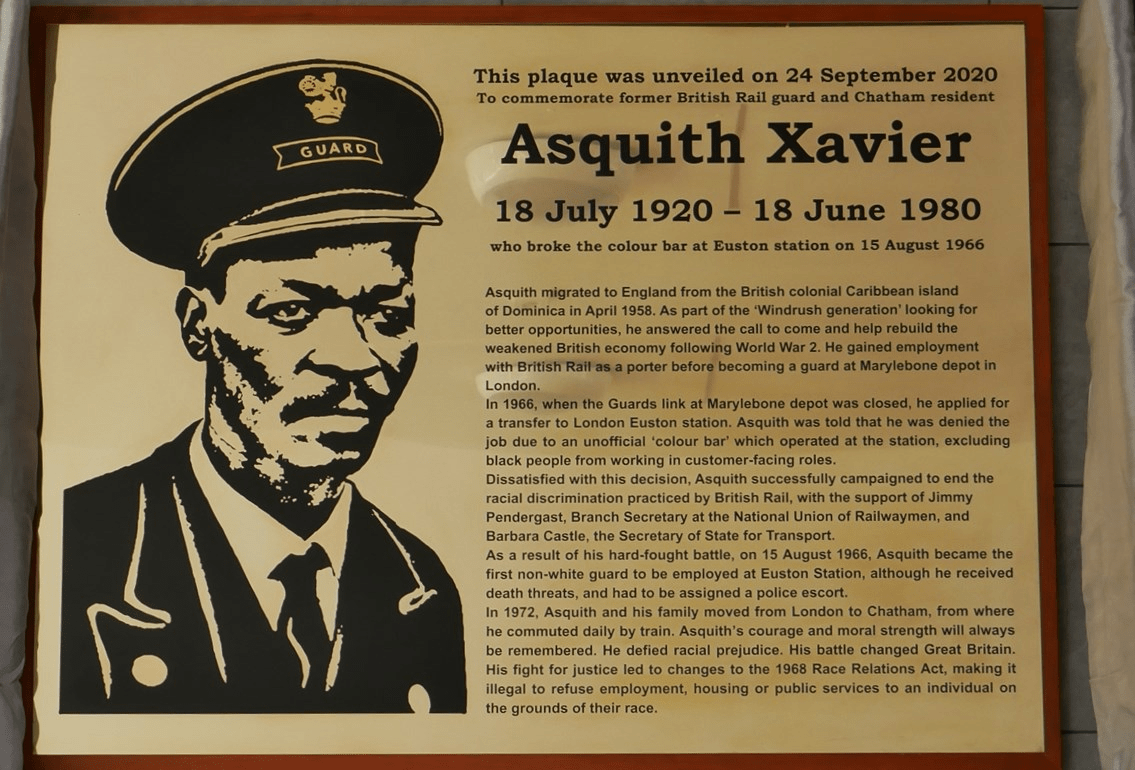 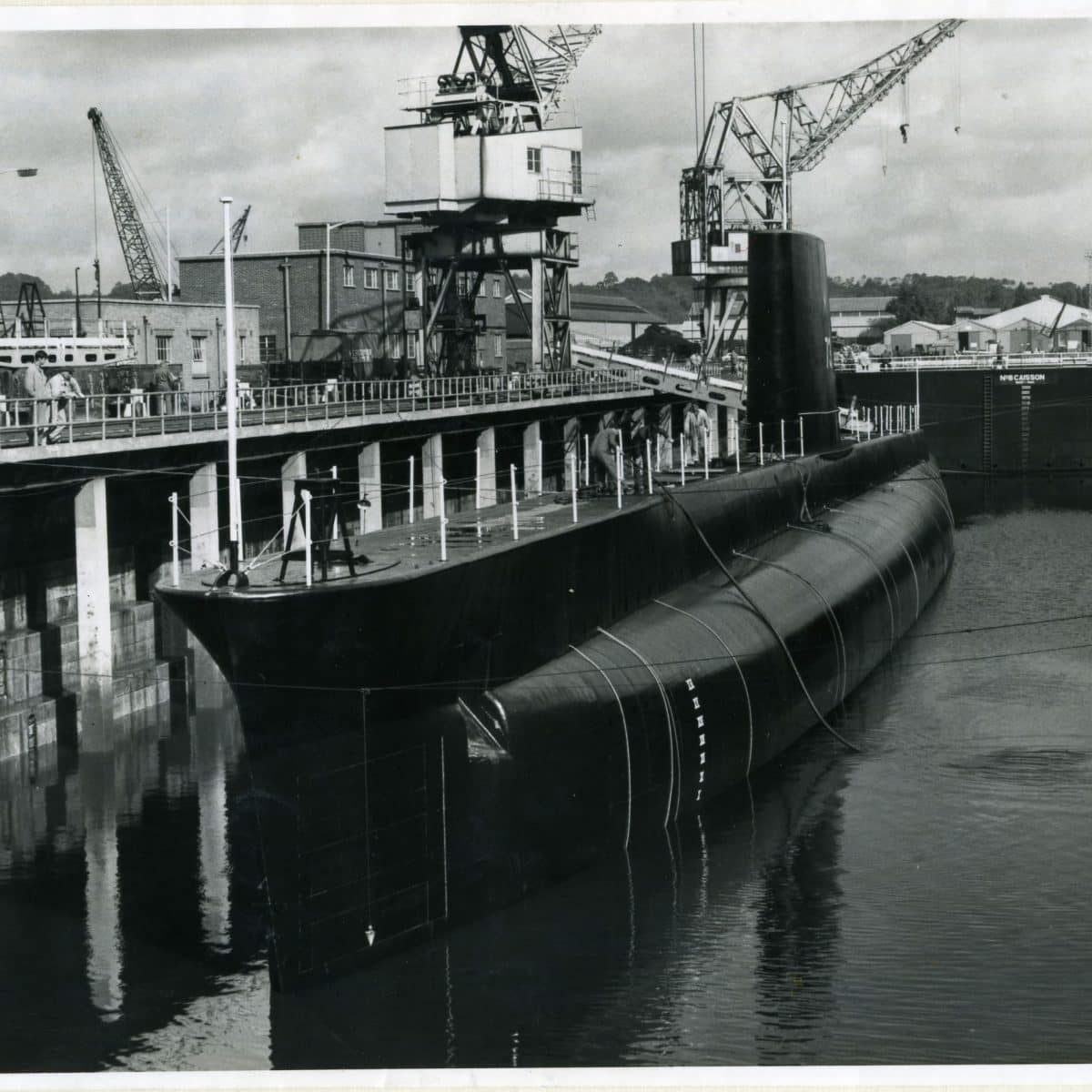 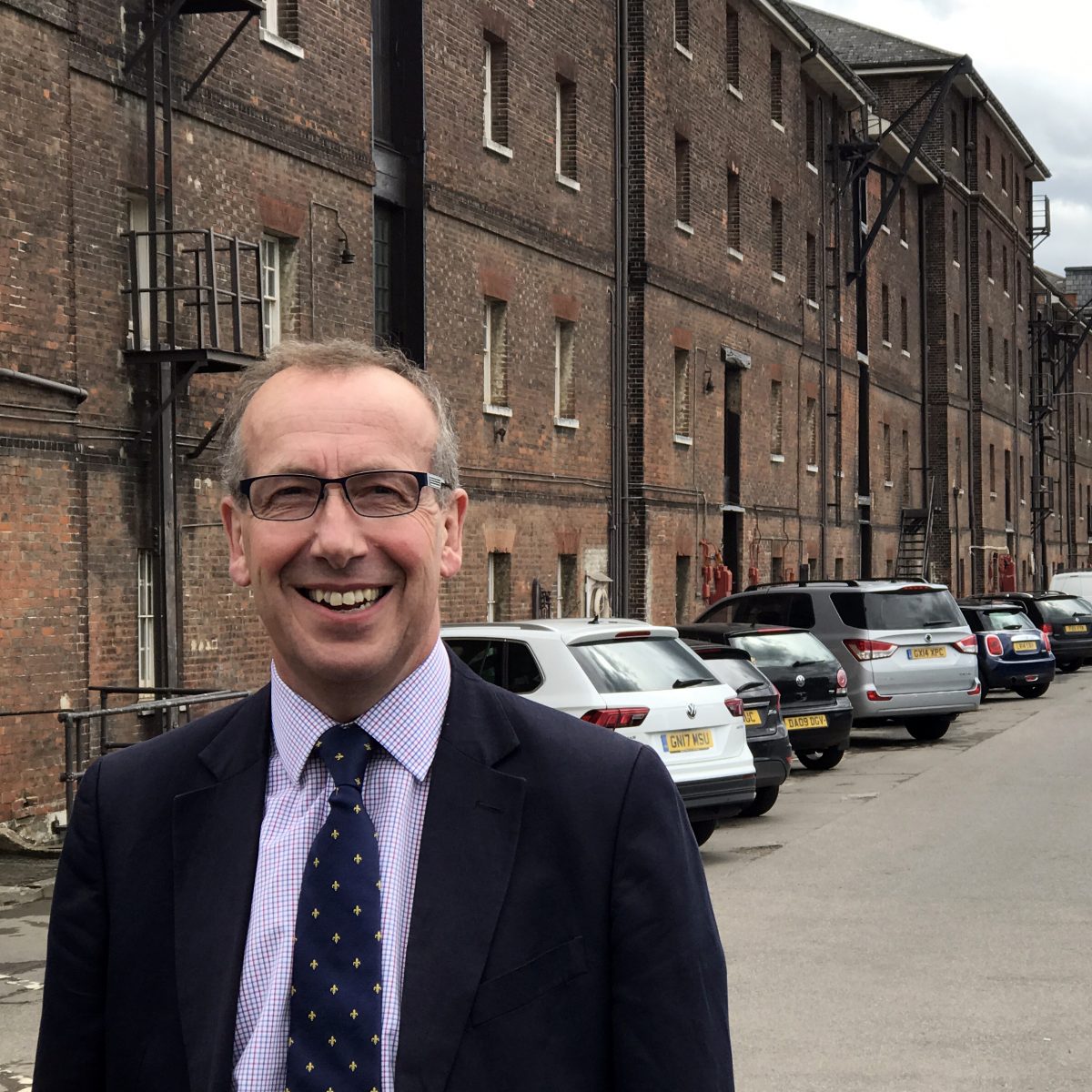 For generations communities have been commemorating #WindrushDay on 22 June. We've worked with @MedwayAca on a gues… https://t.co/RHSTudM9xY

Does anyone recognise the backdrop to the new ##SKODAENYAQiV advert? https://t.co/MaPPnN4pyE