On this day (18th December 1956) 63 years ago, the ship badge for HMS Pembroke, Royal Navy Barracks was approved.

Much like the figure heads used on ships up until the late 1800s, a ship’s badge gives a recognisable feature to the ship. There would be a large main crest which would be on the front of the bridge whilst smaller versions would be used either side of ships boats bows. Gun tampions would not have the Naval Crown and nameplate on them. Only one large crest would be issued to a Ship. Boats and gun Tampions badges would be made as required.

The main frame with the Crown and space for the nameplate were standard sizes. A wooden representation of the crest and nameplate would be carved and inserted into the frame ready for casting. With the change of material used, a reverse mould of the carvings would be made and inserted into a previously prepared mould of the frame. The badge would be carved in wood to be sent to the Admiralty to approve before making in the metal material.

Originally crests were cast in the foundry in Naval Brass. Around 1960 the material then changed to be made with fibre glass reinforced resin. A rubber mould of the boats badge was supplied with plaster of Paris so the Ships crew could make crests on board to present to visitors. Originally all crests were carved by the Firm of Maker’s in London. In 1960 the task was taken over by Patternmakers at Chatham and several different people carved them.

When first decided by the Board of the Admiralty to standardise Ships crests, it was given to the patternmakers at Chatham to be responsible for the supply and storage of the wooden masters. The sealed pattern for the crest was kept in the Drawing office.

It is thought that there are around 1800 different designed badges as far as we know and the Dockyard itself has over 300 of them. Visitors can see many of the smaller sized badges in our Steam, Steel and Submarines gallery whilst a lot of the larger sized badges are kept safely with the Chatham Dockyard Historical Society (below are a few we took a look at recently). 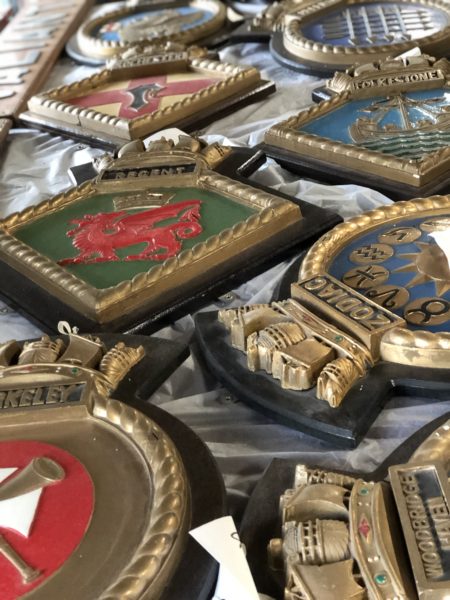 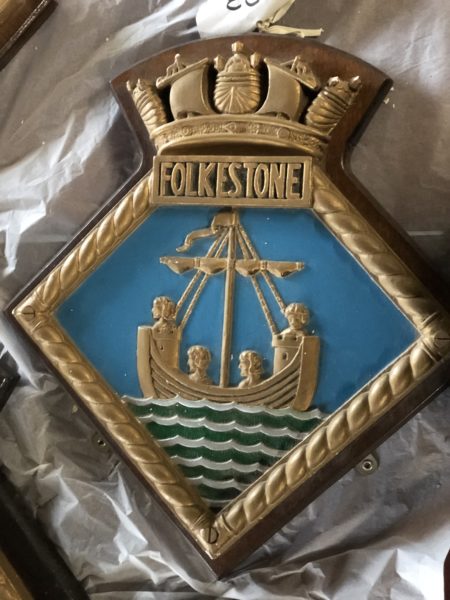 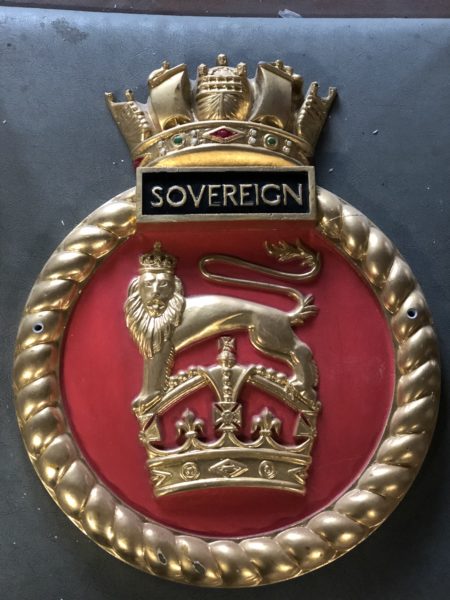