LAR IN FOCUS: WORKING WITH SOUND

Lar in Focus: An ongoing series of blogposts exploring and demystifying some of the processes undertaken by artists developing works for commissions.

Have you ever thought about sounds which may have been lost in time? How often do we really pay attention to the sound world around us? Elizabeth Hall explores Iain Chambers’ new work ‘Household Gods’, what it means to work with sound, and how we can reawaken those clicks, crackles and hums that form the background to lives past and present. 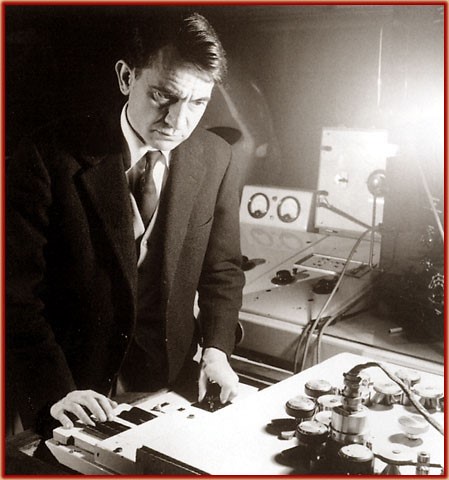 Photograph of composer Pierre Scharffer (1948) by Serge Lido. Schaeffer is generally acknowledged as being the first composer to make music using prerecorded sounds on magnetic tape.

Household Gods is track three of ten ‘audio-artefacts’ developed specifically for the Ten Songs for a Lar series of artist commissions, and is by London based composer and producer, Iain Chambers. It takes listeners on an almost 2000-year immersive journey from the present day to AD 200. After listening to the track, I was curious to know more about Chambers’ inspiration in producing a work which comprises so many sounds of domestic life throughout time.

The March 2020 lockdown was an extremely difficult time for all, with lives suddenly changed from what was previously considered ‘normal.’ Chambers, however, decided to use this lockdown time to refocus his attention on the home and the everyday sounds which are often missed or ignored. For example, a couple of minutes into Household Gods you hear a crackling of what sounds like ice breaking. A sound both unusual and something I found strangely enjoyable at the same time. Chambers discovered this sound when opening the door to his freezer at home and was instantly compelled to capture it through a specialist array of high sensitivity microphones. Whilst this may seem slightly bizarre to most of us, Chambers is quite used to unearthing the “hidden sound world” that surrounds us. The idea of sounds as artefacts, forever reverberating behind closed doors, led Chambers to investigate further the parallels and divergences particular sounds may have had throughout history.

Loss is something we have all experienced in one way or another but how many of us have noticed the absence of sounds that would have once been familiar in the 17th or 18th centuries? Chambers spent time reflecting on past societies, considering “What were people doing in my house and street? What might their lives have sounded like?” Sound has a great power for unlocking the past and Household Gods reawakens our interest in lost sounds over time. A quill scratching, carts rolling, a water pump working, all work to provide an audio portal into the past. Thanks to the ingenuity of Chambers’ work we ourselves are also encouraged to tune in to the different domestic sound worlds around our homes. It is strange to think a sound like a boiling kettle may cease to exist in several hundred years. It will become another sound lost to time. For this work, the Lar figurine serves as the one thing which has managed to transcend time, witnessing the transformation of domestic life from the past right through to our lives today. A silent observer and guardian who hears these sounds and yet cannot draw attention to them. 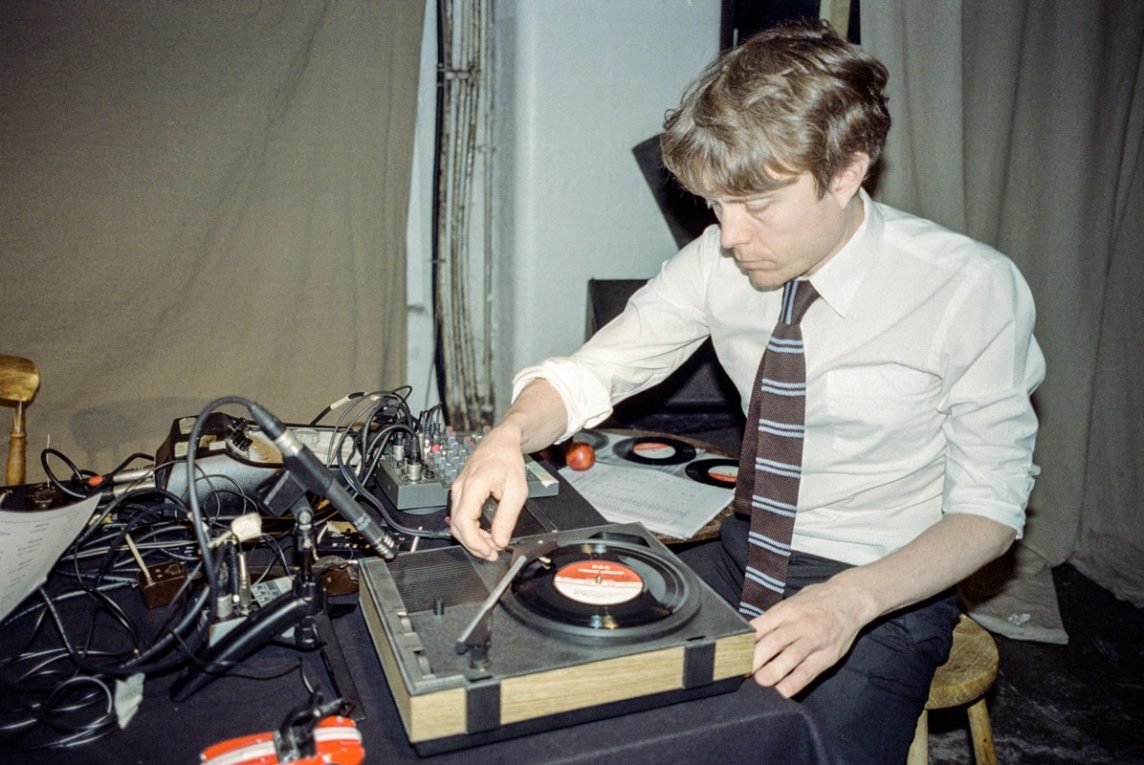 Phone alarms, electric toothbrushes, slurping drinks, a boiling kettle, church bells – none of these sounds are chosen at random – they are carefully selected components of Chambers’ sound palette composed and arranged through musique concrète techniques. Chambers himself defines musique concrète as “sounds from the real world transformed”. The raw noises and sounds of everyday life are concisely crafted to form expansive works of sound art and music. As with all creative practices, approaches differ between artists in the construction, deconstruction and use of different sounds. In Household Gods, Chambers deliberately preserves the “signature of the sound” to retain each sound’s meaning and representation of a period in time. The musicality of the piece “lay in the rhythm and ordering” of recognisable sounds captured in a super-real high definition quality. Listeners of the track may have noticed each sound lasts for different amounts of time, varying from a split second to over 30 seconds long. Chambers’ calculated manipulation of sound lengths adds another dimension to the track, providing listeners with the opportunity to become further immersed in the sounds they are hearing. Within the work, something like the sound of an electric kettle becomes almost a piece in itself – becoming increasingly present as it draws towards a boil and culminates in a swelling crescendo of pops and gurgles. Chambers worked forensically with the unique character, texture and tone of each individual sound, perfecting its quality, dynamism and structure through the development of the work. Through the concepts and techniques utilised by Chambers when working with sound, he manages to deftly (and quite literally) open the door to a time, place and world we may have otherwise not been able to truly contemplate.

Chambers’ recent projects ‘The House of Sound’ and ‘The Bascule Chamber Concerts’ are both works which showcase hidden sounds and unfamiliar places. The House of Sound in particular celebrates the lost sounds of Guildhall Yard (London) whilst also exploring noises resonant within London life in today. Chambers’ current commission for the National Trust, ‘Secrets of Orford Ness,’ Suffolk, similarly manipulates the sounds found around its shingle marshes, by winding the tape heads of his recording device at different speeds to get different effects. Chambers has also recently completed work for BBC Radio 3’s ‘Slow Radio’ series in which, through sound, he further shares with us his exploration of the domestic soundscape we all inhabit.

For more information on Iain Chambers and his work visit: https://iainchambers.com/

Other sound-based works by Iain Chambers:

The House of Sound is a site-specific sound work taking audiences back in time from the sound of medieval London through to the present day: https://iainchambers.com/house-of-sound/

Article by Elizabeth Hall, Heritage and Interpretation (MA) and volunteer project assistant for Ten Songs for a Lar.