Hundreds of thousands of visitors to The Historic Dockyard Chatham have marvelled at the story of rope and been amazed by the iconic Rope Walk which stretches the length of 33 London buses, and now, thanks to a new Ropery Gallery which doubles capacity to this part of the Dockyard, even more visitors will be able to learn the ropes.

Dating back over 400 years, the iconic buildings (the finest integrated group of 18th century manufacturing buildings in Britain), machinery from the Industrial Revolution and the addition of one of the finest collections of rope and rope tools in the world all helped to attract funding (via DCMS Wolfson Museums and Galleries Improvements Fund and the Garfield Weston Culture Fund) for the all new Ropery Gallery which opens on 26 March 2022. 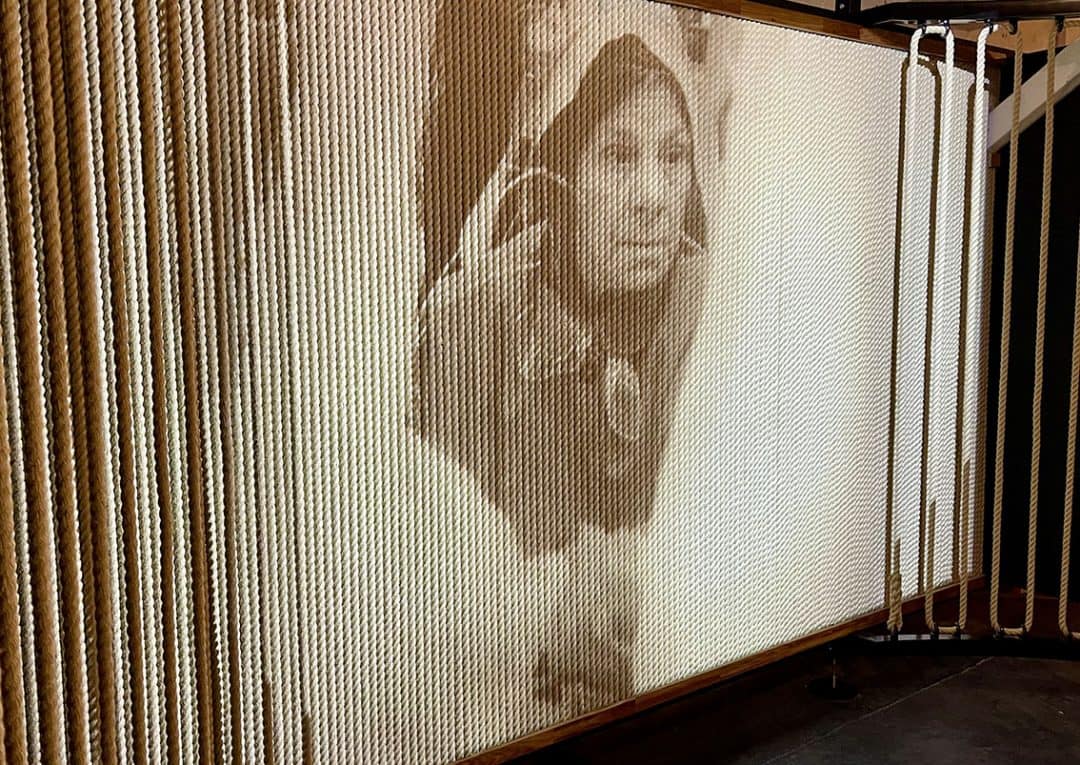 Image: Unique screen made of rope showing photographs of the Ropery through time with an audio soundscape giving a sense of the sounds heard in the working Ropery, produced by Brona Martin and Aki Pasoulas of the University of Kent and Andrew Knight-Hill from the University of Greenwich.

The new exhibition experience will house one of the best collections of rope in the world thanks to the Trust acquiring Des Pawson MBE’s vast collection of rope-making and rope related objects from his (now closed) Museum of Knots & Sailor’s Ropework in Ipswich.

Des Pawson explains: “Rope and the associated knots (cordage in its more general term) are in fact the building blocks of civilisation.  It’s said that before the Stone Age there was a ‘string’ or ‘cordage age’ and this has so far been overlooked.”

“I have spent 40 years pulling together my collection which includes both decorative and practical rope work and I’m so pleased that Chatham Historic Dockyard Trust is going to look after it for future generations.”

Des Pawson MBE will be present at the opening of the New Gallery alongside Fred Cordier (MBE) and Jan Cordier who worked for fifty years at the Dockyard, met and married there – despite strict rules keeping men and women apart when they met!  Fred and Jan, who still live opposite the Dockyard gates will be the ones to open the new Ropery Gallery space. 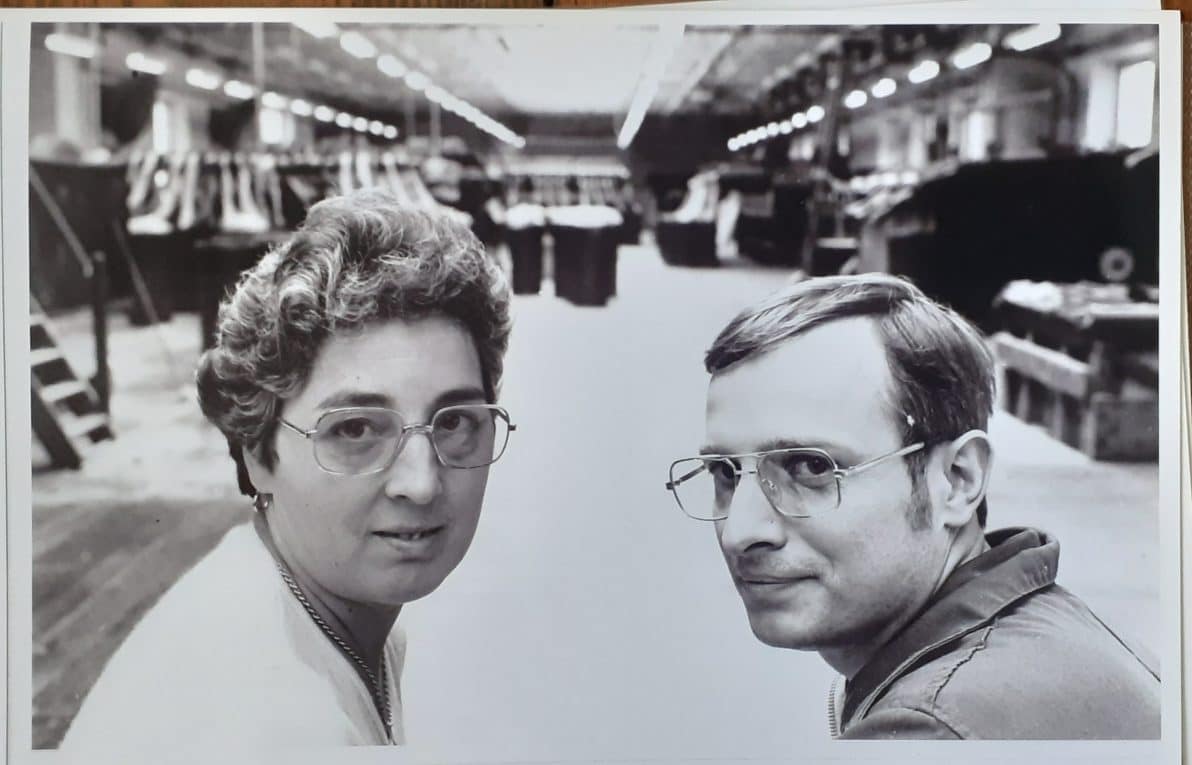 Image: Fred Cordier (MBE) & Jan Cordier the last couple to meet and marry in the Ropery

Rope has been made at Chatham for over 400 years and today it is the last of the original four Royal Navy Ropeyard’s to remain in operation.  The unique traditions of hatchelling, spinning and closing  turning rope continue today in the only working ropery in the UK.

We selected innovative creative studio Lima – based in Nottingham for the important redesign of the new Ropery Gallery. Founded in 2020 by interpretation consultant Lindsay McGuirk and designer Martyn Johnson, the team has recently been responsible for interpretive design services at the National Museum of Royal Navy and Armagh Observatory and Planetarium.

Lindsay McGuirk said “We are excited for visitors to rediscover the Ropery and engage with its story in new ways. Our design carefully responds to the historic space, layering immersive film, soundscape, mass artefact displays, interpretive graphics and hands-on interactives to create an atmospheric and sensory journey that puts the Ropery workers, past and present, at its heart.”

The newly re-designed space will dramatically increase capacity in the gallery for 2022 and help to engage even more visitors with learning about this integral part of the former Royal Naval dockyard.

The new Ropery Gallery features a unique screen made of rope onto which photographs of the Ropery through time are projected as an audio soundscape plays giving a sense of the sounds heard in the working Ropery, produced by Brona Martin and Aki Pasoulas of the University of Kent and Andrew Knight-Hill from the University of Greenwich.

Nick Ball, Chatham Historic Dockyard Trust Collections, Galleries and Interpretation Manager said “In doubling capacity of the Ropery tours alone we will be able to increase the regularity of tours for visitors to The Historic Dockyard Chatham as well as allowing for growth over the next 10 years.”

In the place where Nelson’s flagship at the Battle of Trafalgar Victory was made in the mid 18th century and 31 miles of rope were created for her, rope is now constructed for sailing ships, gymnasiums and some of the most exciting cinema releases of the last few decades like James Bond and Harry Potter.

However, it’s the story of the people of the Ropery, drawn from the Dickensian Medway town of Chatham whose stories run through the new gallery, connecting everything as tightly as the rigging on HMS Victory.

Nick Ball, Chatham Historic Dockyard Trust Collections, Galleries and Interpretation Manager adds: “We are so pleased that Fred and Jan will be opening the new Ropery Gallery for us; their lives have been an important part of the fabric of the Dockyard and it’s the stories of the people who worked here, met and fell in love, preserved the unique trade and pass this knowledge on to the next generation that make the place so special.”

With tales of ships, Empire, industry and love the Ropery Gallery offers a fascinating window through which to study the story of rope. 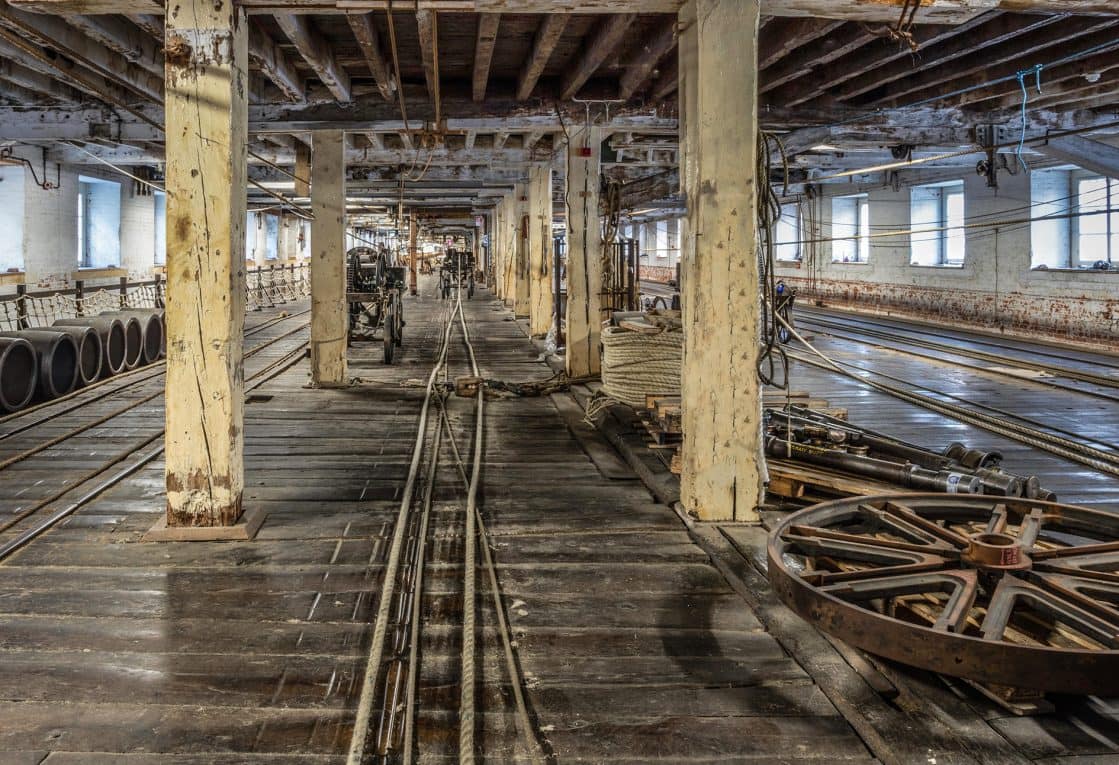 Image: The Rope Walk which stretches for 1/4 mile, Louise Hubbard

THE NEW ROPERY GALLERY WILL OPEN TO THE PUBLIC ON SATURDAY 26TH MARCH 2022.

Rope is still made at Chatham today and can be purchased via Master Ropemakers Ltd.