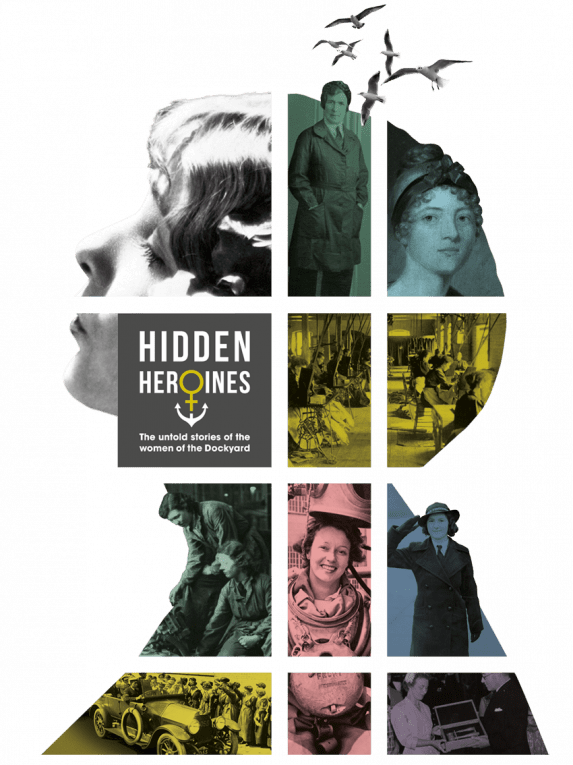 In celebration of International Women’s Day 2021, Chatham Historic Dockyard Trust is pleased to reveal details about its upcoming exhibition, Hidden Heroines: the untold stories of the women of the Dockyard.

Opening at The Historic Dockyard Chatham in spring 2021, Hidden Heroines will chart over 200 years of female workers at Chatham. Featuring stories of the first women of the Spinning Rooms and Sail and Colour Loft; tales of stowaways and women masquerading as men; and the extraordinary women whose impact left a lasting legacy.

The temporary exhibition will challenge the misconceptions and superstitions of women at sea, explore women’s place in war and share inspiring stories of pioneering women who campaigned for change and fought against the odds, including Jane Austen’s sister-in-law, Fanny, and Zandra Bradley, the first female apprentice.

Alexandra Curson, Hidden Heroines Curator, Chatham Historic Dockyard Trust, said: “We are incredibly excited to be opening a new exhibition dedicated to the Dockyard’s female workforce. Chatham has a such a rich history, but it can often be told from a male perspective. Women have played vital roles in all aspects of the Dockyard’s history and this exhibition brings together a fascinating collection of stories, objects and photographs for the first time.”

“From the traditional roles of women in the home through to the first women who climbed aboard ships destined for battle and the invaluable female workforce that kept the home fires burning during two World Wars, these stories will be brought to life in our No.1 Smithery gallery and through a supporting digital exhibition.”

“As part of a team of women working at the Dockyard today, we have the responsibility to champion the heroines that went before us and tell their tales of triumph to future generations – this exhibition does just that.” 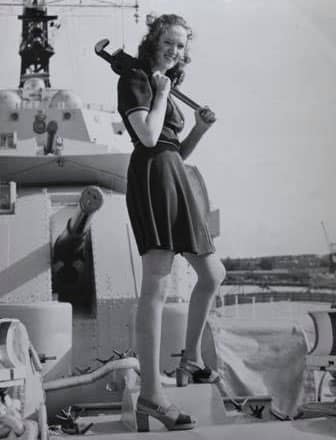 Zandra Bradley entered Chatham Dockyard in 1971 hoping to join the apprenticeship scheme. Zandra was initially rejected from the scheme and it was recommended she join the clerical department.

Zandra even attended night school to ensure she would pass the entrance exams, which included engineering maths that was not included in female maths syllabus.

Zandra joined as electrical fitter and later transferred to a technician apprenticeship.

She is photographed here in 1973 for an article in the Dockyard’s newspaper, Periscope, in an inappropriate dress for her job and a wrench that would rarely have been required for her tasks.

WOMEN OF THE DOCKYARD – WE NEED YOU!

We are looking to hear and record the stories of women who lived and/or worked at the Dockyard, served in the Royal Navy or any related trade. Domestic help, ex-apprentices, WRNS, ropery workers, nurses, volunteers, Sail & Colour loft ladies, apprentices, wives who lived on site, caterers, pub landlords, civil servants, engineers, painters, electricians … we would love to hear your stories. In addition any images or objects relating to this theme.

The Historic Dockyard Chatham is currently closed to visitors due to current Government COVID restrictions. Hidden Heroines: the untold story of the women of the Dockyard, along with the wider Historic Dockyard site will open to the public once restrictions allow and it is safe for all users of the estate, this will be no earlier than 17 May 2021. Hidden Heroines will run until October 2021.

Hidden Heroines: the untold stories of the women of the Dockyard has been made possible through generous support from Garfield Weston Foundation.