With the sun bouncing off her newly painted hull, HM Submarine OCELOT drew admiring glances from the assembled crowds who’d gathered on Saturday 7th May to celebrate the 60th birthday of the final submarine to be built at Chatham Dockyard for the Royal Navy.

OCELOT’S special birthday was attended by Dockyard workers from the past and present, submariners, Naval officers and former crew members.

OCELOT was one of the thirteen Oberon Class submarines built for the Royal Navy between 1959 and 1964 and like her contemporaries, OCELOT was a diesel boat with cutting edge technology for her day – the most stealthy vessel at sea, she was capable of underwater speeds of 17 knots when submerged. Her detection equipment was superior to her predecessors and she was armed with homing torpedoes.

Her missions remain secret as the Ministry of Defence have yet to release in-depth papers relating to her operations and campaigns but, rather like the enigmatic Mona Lisa, OCELOT draws crowds to Chatham who are keen to understand more about her.

Admiral Sir Trevor Soar is not just the Chair of the Chatham Historic Dockyard Trust, he also captained OCELOT in the late 1980s.

Sir Trevor rose through the ranks to command the Royal Navy as Commander in Chief, but his first command, HMS OCELOT, remains close to his heart.

As Captain of HMS OCELOT in the late 80s, a time when the Berlin Wall was yet to fall, Noriega was in power in Panama, and Britain was still at war with Argentina over the Falklands, Sir Trevor took OCELOT to the south Atlantic.

He recalls: “For me, although I did not know it at the time, it was my first command of four warships, and I was only aged 29 – so it gave me a real understanding of leading people at sea. I took what I learned with me to my next command.

“As Captain, you’re responsible for everyone and everything that happens on board. It requires resilience, patience and empathy to others to be a submariner. You live and work alongside each other every day for the time you are away and cannot simply go home when you want; that has its challenges. As captain of a submarine, you are visible to all and hence you have to get the right balance of being professional in your role but accessible and be seen as human to your people.”

OCELOT honed Sir Trevor’s leadership skills and he says: “many of the lessons I learned there and in subsequent Command appointments I take with me into business today. I started with 80 men under my command and ended up with 36,000 as the Commander in Chief of the Royal Navy. ”

Why is HMS OCELOT important to Chatham?

The assembled crowds this weekend at The Historic Dockyard Chatham were intrigued to discover that OCELOT has been ‘dressed’ as she would have been on her last command in the late 1980s with a period television, VCR and there’s even beans on toast on the table in the mess room!

A lot of thought and care has gone into celebrating OCELOT’s 60th birthday and making sure that the visitor experience is as immersive as possible; James Morgan, Heritage Engineering and Historic Ships Manager at the Historic dockyard says: “we want the visitors to feel that they’ve come on board just as the submariners have left the ship.” James is passionate about communicating OCELOT’s place within the community in the Medway he says: “OCELOT wasn’t built by the Royal Navy, she was built by the men and women of Chatham and we want to celebrate that.”

As Chair of the Chatham Historic Dockyard Trust, Sir Trevor has been involved in the long-term heritage plans for OCELOT. He says: “She was one of the best diesel subs of her time and the last British submarine built here at Chatham and it’s absolutely right that she’s here today. It’s important that we share the stories of what it’s like to be at sea on a submarine, and the life of a submariner.

“HMS OCELOT at Chatham helps to educate the public because they can walk through her and leave with an impression of what it was like to live on the submarine during the Cold War.

“With the recent updates made, with sound added and props relevant to her final voyage in the late 1980s, and her control room is as it was when I was her Captain.” 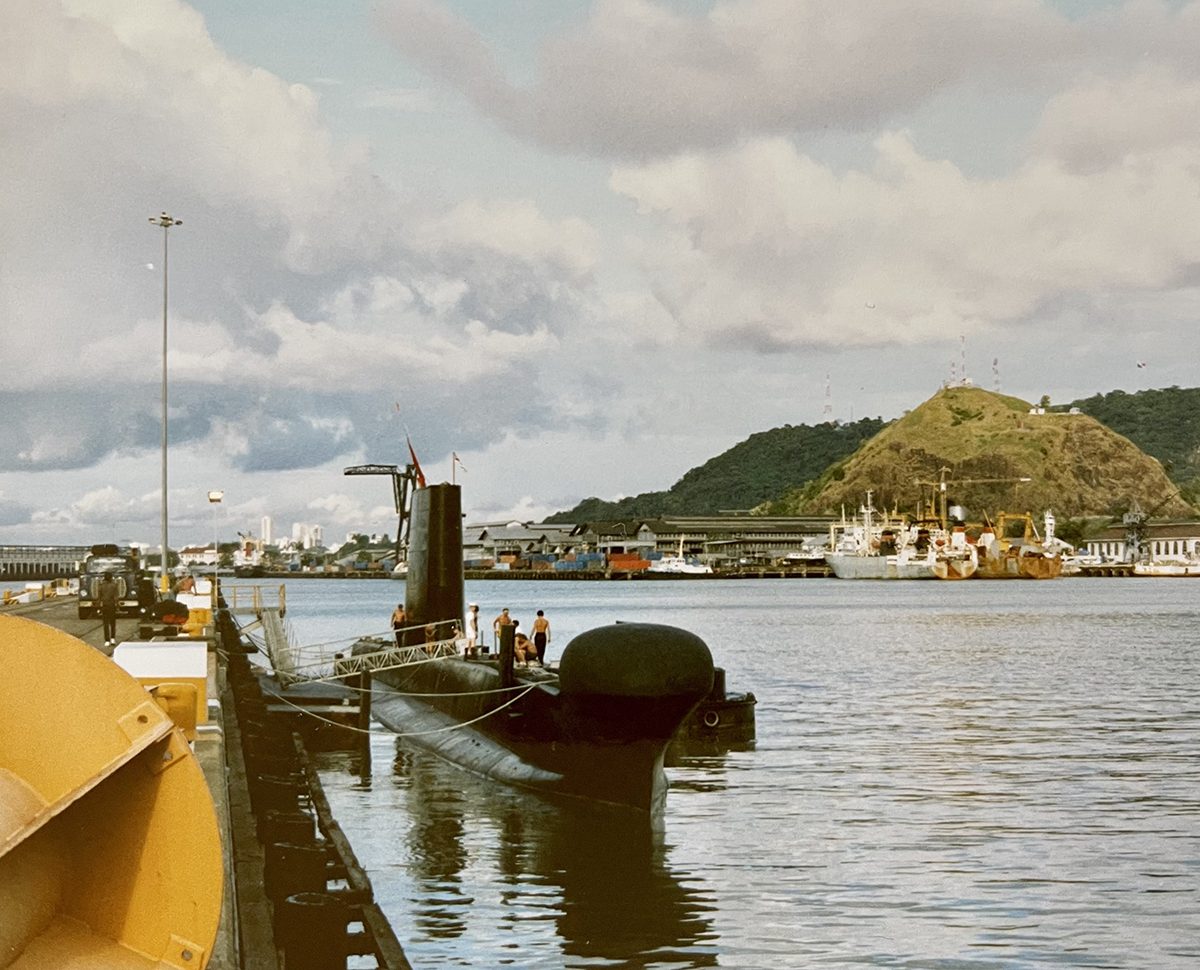 OCELOT60 – In the words of her Captain