A model fit for a King 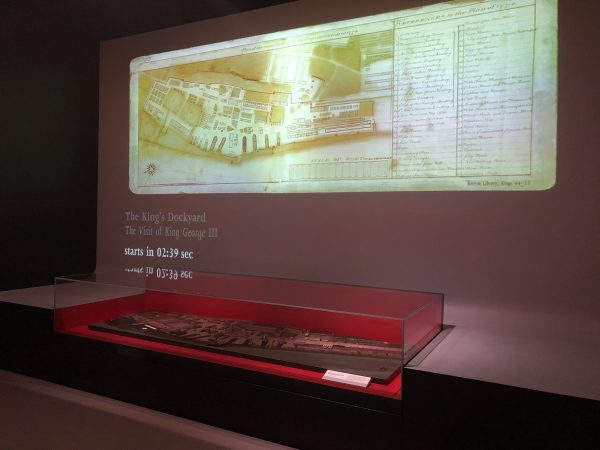 On display in No. 1 Smithery is an incredible scale model showing the Dockyard as it was in 1774.

The model was commissioned by John Montagu who became the First Lord of the Admiralty in 1771. One of his priorities was to get King George II more interested in the Royal Navy. He commissioned models including this one of Chatham, to be made for the exclusive use of the king and his eldest son. It is of the highest quality and attention to detail, a model truly fit for a King.

The King was presented this model so he knew what the Crown’s money had been spent on – to see what it had been invested in to. After the Battle of Medway (Dutch Raid) in 1667, the decision was taken to invest more in the Royal Navy and make Chatham Dockyard shipbuilding centre of excellence – the Dutch Raid had highlighted where their deference capability needed to be improved.

This model remains true to the Dockyard of today. The Victorian Ropery, The Fitted Rigging House (home to the Steam, Steel and Submarines gallery), The Mould Loft (home to the Command of the Oceans galleries), Admirals Offices, the Clocktower, Commissioner’s House and the slipways can all be clearly seen.

There’s only one building missing…can you work out which one? 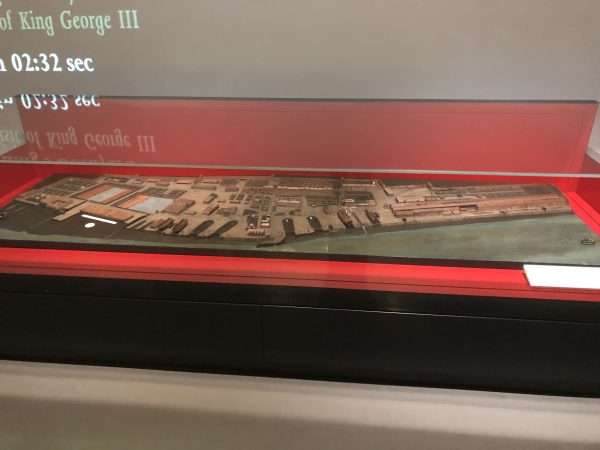