With Joe Biden taking up residence in the White House, we are wondering whether he will choose to sit behind the Resolute Desk to run the country?

Did you know the President has 6 desks from which to make his choice? The Resolute Desk is a favourite of ours, and here’s the story behind it …

HMS Resolute was part of a four-ship squadron under Edward Belcher sent in the early 1850s to search for famed English explorer Sir John Franklin, who was searching for the Northwest Passage to Asia. The Resolute and one of her sister ships became lodged in the Arctic ice, and after two full seasons, remained stuck. Following the second summer, the commander of the expedition instructed the crews of the two ships to board the two ships that lay outside the ice and sail back to England.

After their return, Belcher was court-martialed for abandoning a seaworthy vessel, as the Resolute broke loose of the ice the subsequent summer and was found by an American fishing vessel captained by James Buddington. The Resolute was towed into port, purchased by the United States Congress for $40,000 and refitted. She was presented to Queen Victoria on December 17, 1856 as a token of peace and marked the start of the special relationship between UK and USA.

The Resolute served in the Royal Navy for 23 years following its return but never left home waters. 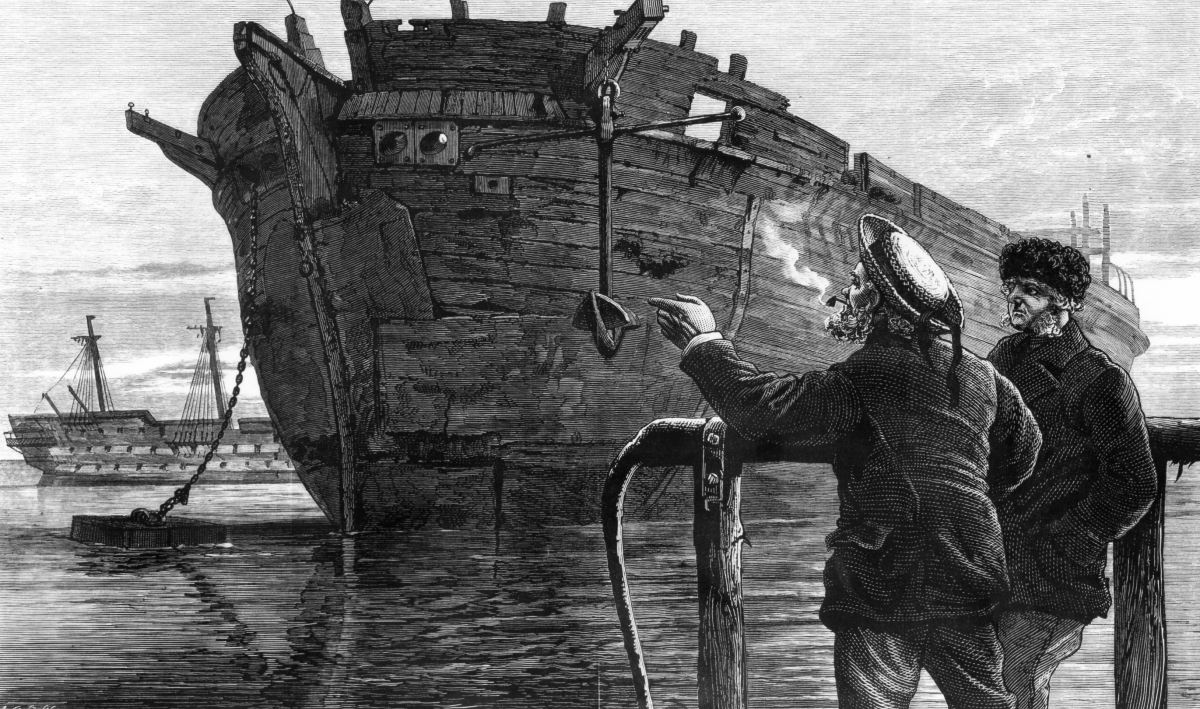 The Resolute Desk and Chatham

When the ship was decommissioned in 1879, the British government ordered at least three desks to be made from its oak timbers. They were built by William Evenden, a skilled joiner, employed at the Joiner’s Shop in the Royal Naval Dockyard in Chatham.

A large partners desk was presented by Queen Victoria to U.S. President Rutherford B. Hayes on 23 November 1880 as a gesture of thanks for the rescue and return of Resolute. Since then, this desk — known as the Resolute Desk — has been used by all but three American Presidents. It has been reported that John F. Kennedy’s children were known to hide behind the desk’s front panel. 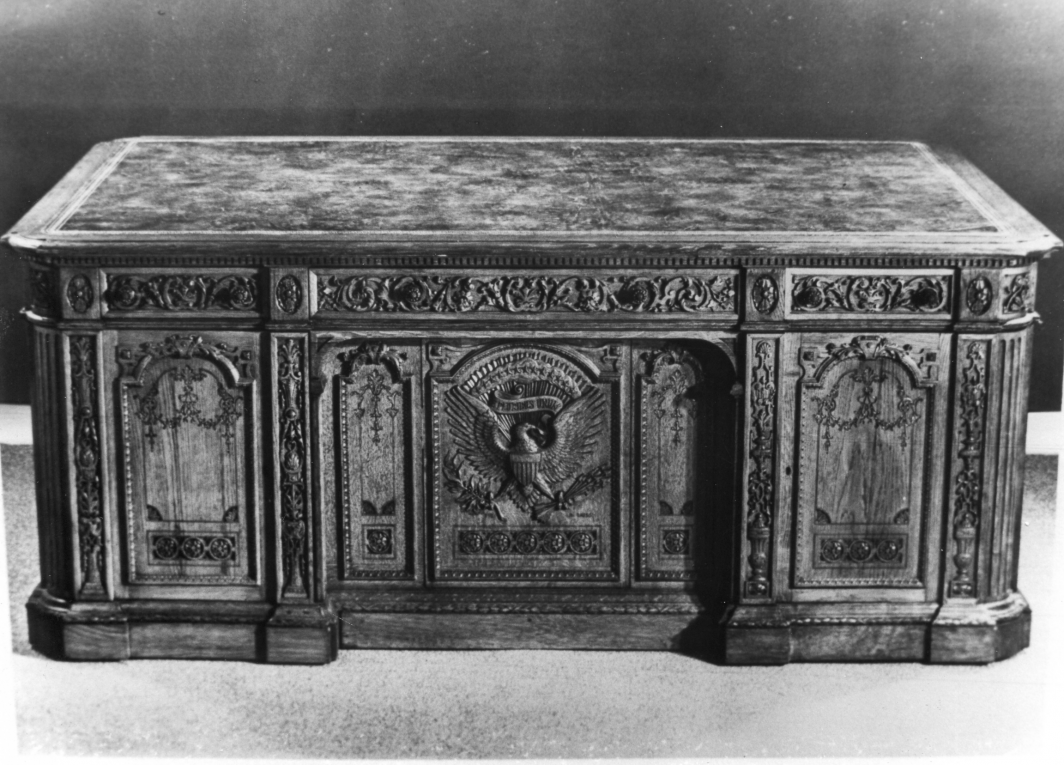 The double pedestal desk is 83 cm high with a workspace which is 180 cm wide and 120 cm deep. Weighing in at 590 kilograms, the desk was made from a design by Morant, Boyd, & Blanford and is decorated with carved moldings and carved floral swag designs.

The design proposal showing the plan, elevation and section is held in the collections of the National Maritime Museum, Greenwich.

A plate on the front of the desk bears the following inscription:

“H.M.S. ‘Resolute’, forming part of the expedition sent in search of Sir John Franklin in 1852, was abandoned in Latitude 74º 41′ N. Longitude 101º 22′ W. on 15th May 1854. She was discovered and extricated in September 1855, in Latitude 67º N. by Captain Buddington of the United States Whaler ‘George Henry’. The ship was purchased, fitted out and sent to England, as a gift to Her Majesty Queen Victoria by the President and People of the United States, as a token of goodwill & friendship. This table was made from her timbers when she was broken up, and is presented by the Queen of Great Britain & Ireland, to the President of the United States, as a memorial of the courtesy and loving kindness which dictated the offer of the gift of the ‘Resolute’.”

A second desk, called the Grinnell Desk (a smaller lady’s desk) was presented to the widow of Henry Grinnell in 1880 in recognition of her husband’s generous contributions to the search for Franklin. In 1983 it was given to the New Bedford Whaling Museum and is in their collection in New Bedford, Massachusetts. A third desk ( a writing desk) was commissioned by Queen Victoria; it remains part of the Royal Collection.

In 2009 Chatham Historic Dockyard Trust received a request from 10 Downing Street, via Jonathan Shaw, MP for Chatham and Aylesford, to provide a suitable gift for the then Prime Minister, Gordon Brown, to present to the new US President Barack Obama on his official visit to Washington.

On Friday 27 February 2009 representatives of the Trust visited 10 Downing Street to hand over this special gift – a pen holder – that was made 130 years later in the same Joiners Shop where the Resolute Desk was made.

The pen holder was made by ship keepers David Appleton and Chris Jones from an off-cut of timber salvaged from HMS Gannet – a Victorian Naval Sloop – during her restoration in 2002.  Gannet, an Osprey-Doterel class sloop entered naval service at Sheerness Dockyard in 1879, the same year that the arctic ‘discovery’ ship HMS Resolute was being broken up at Chatham. 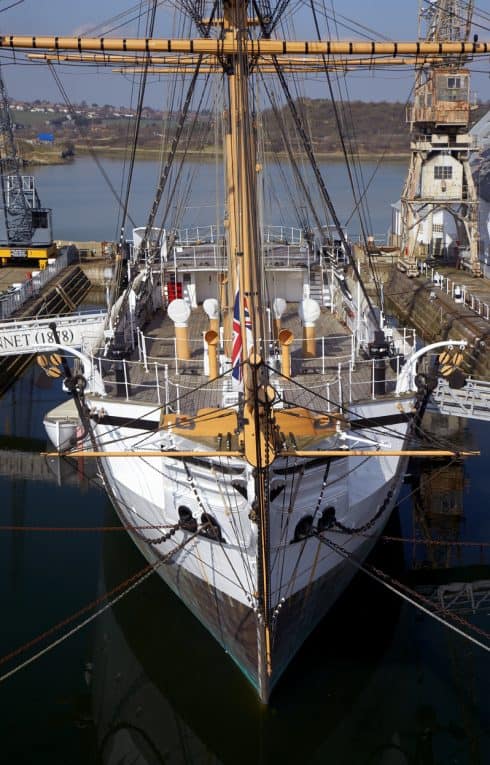 HMS Gannet is now preserved at The Historic Dockyard Chatham and The Joiners Shop is a specialist Centre for Creative Business.

We hope President Elect Joe Biden chooses to work from the Resolute Desk and that this fascinating piece of Chatham history inspires him whilst he plans the future for the United States of America.