Out of the jaws of death

How did Frederick Marshall save many lives on board HMS Vengeance with a potato sack? 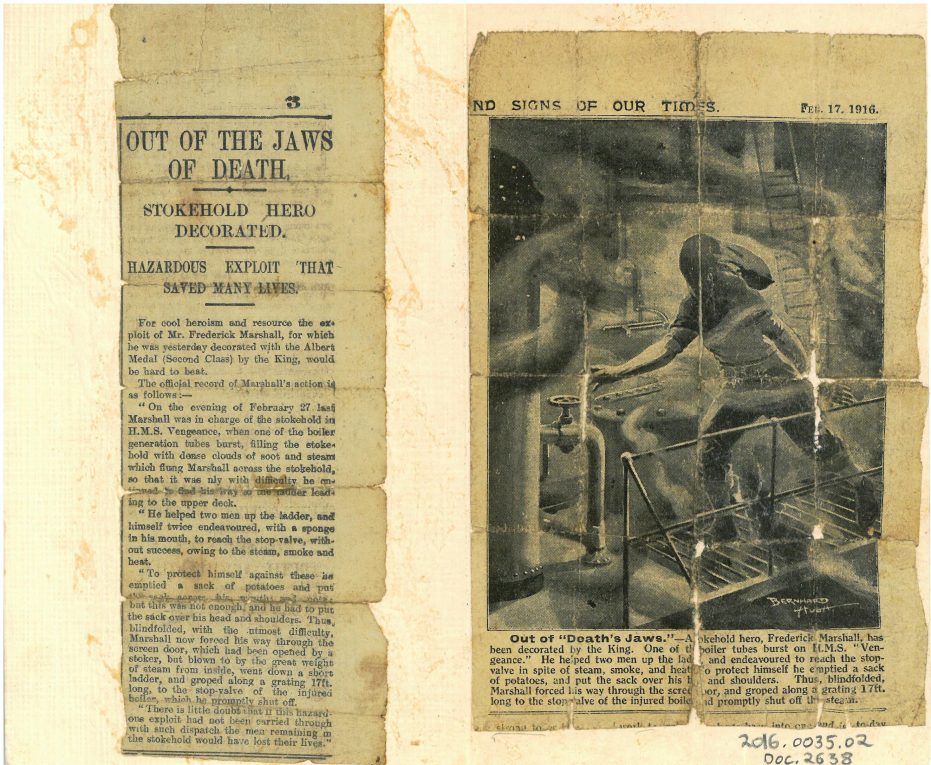 A stokehold hero, Frederick Marshall, has been decorated by the King.

One of the boiler tubes burst on HMS Vengeance. Marshall helped two men up the ladder and endeavoured to reach the stop valve in spite of steam, smoke, and heat. To protect himself he emptied a sack of potatoes and put the sack over his head and shoulders. Thus, blindfolded, Marshall forced his way through the screen door, and groped along a grating 17ft. long to the stop valve of the injured boiler and promptly shut of the valve.

For cool heroism and resource the exploit of Mr. Frederick Marshall, for which he was yesterday decorated with the Albert Medal (Second Class) by the King would be hard to beat.

The official record of Marshall’s actions is as follows:

“On the evening of February 27 last Marshal was in charge of stokehold in HMS Vengeance, when one of the boiler generation tubes burst, filling the stokehold with dense clouds of soot and steam which flung Marshall across the stokehold, so that it was only with difficulty he managed to find his way to the ladder leading to the upper deck.”

“He helped two men up the ladder and himself twice endeavoured, with a sponge in his mouth, to reach the stop-valve, without success, owing to the steam, smoke and heat.”

“To protect himself against these he emptied a sack of potatoes and put the sack over his mouth and nose, but this was not enough, and he had to put the sack over his head and shoulders. Thus, blindfolded, with the utmost difficulty, Marshall now forced his way through the screen door, which had been opened by a stoker, but blown to by the great weight of steam from inside, went down a short ladder, and groped along a grating 17ft. long, to the stop-valve of the injured boiler, which he promptly shut off.”

“There is little doubt that if this hazard – one exploit had not been carried through with such dispatch the men remaining in the stokehold would have lost their lives.”

Albert Medal (Second Class, at sea) awarded to Frederick Marshall in February 1916 for “For Gallantry In Saving Life At Sea” 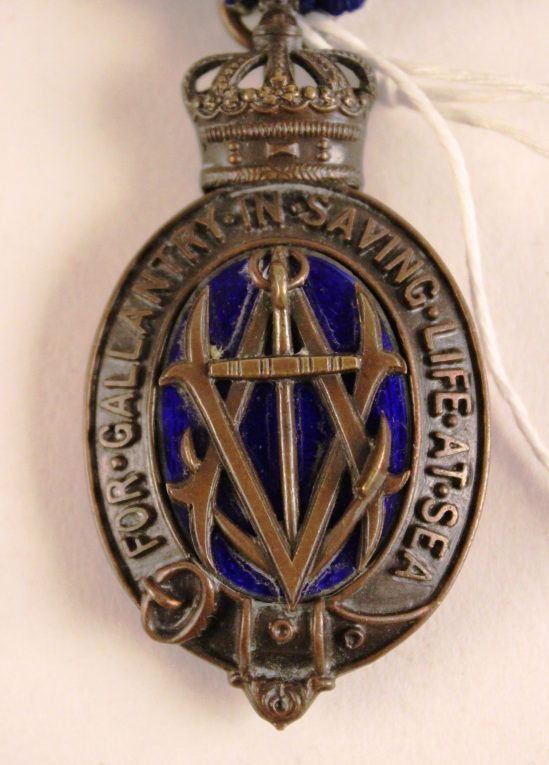 Inscription reads:
Presented by His Majesty to Frederick George Marshall, Mechanician in recognition of the gallantry displayed by him on the occasion of the bursting of one of the boiler generator tubes in HMS Vengeance on the 27th Feb 1915. 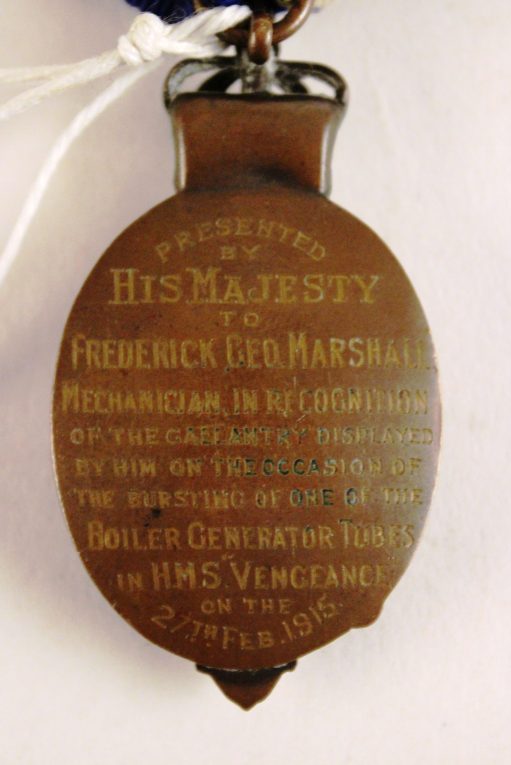