Have you been upstairs in our No.3 Slip? 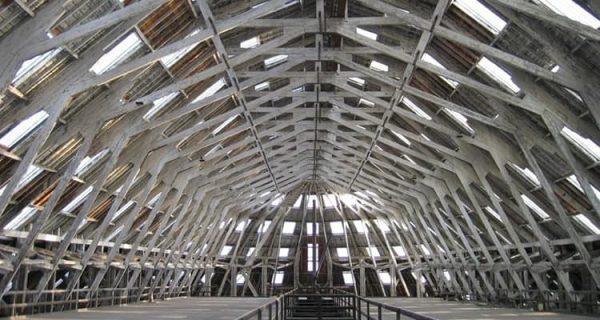 No 3 slip was built as a covered slipway where warships under construction could be protected from the weather. When erected it was Europe’s largest timber wide span structure.

Today it is one of Britain’s great architectural gems and where The Historic Dockyard and Royal Engineer’s Museum, Gillingham store their large object collections.

Take the lift to the Mezzanine for a closer look at the dramatic roof structure – it’s a sight not to be missed!

This particular slip was roofed in 1838 – the timber roof some 300 feet long with an overall width of 146 feet with 52 pillars set on iron bases. There are over 400 windows bringing a beautiful pattern of light in to the building. Around 1900 is when the mezzanine floor was added in and thus the slip way became a storage house for boats.

Today downstairs is home to a collection from the Royal Engineers Museum whilst upstairs is a big space to admire the architecture. 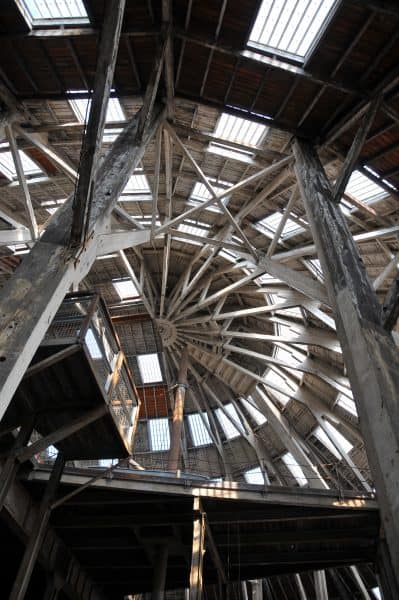 You may also recognise this space from the movies! – it has been used in many films such as Sherlock Holmes, Children of Men and a numerous amount of upcoming Hollywood films…keep a look out! 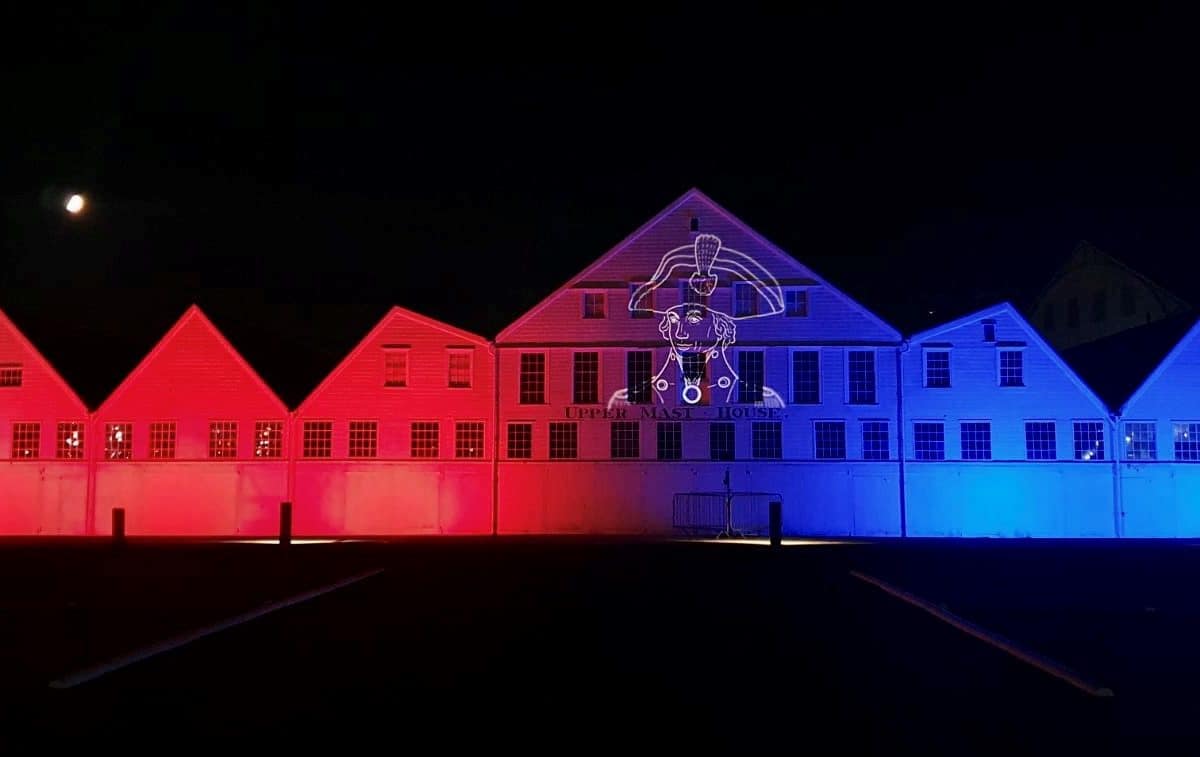 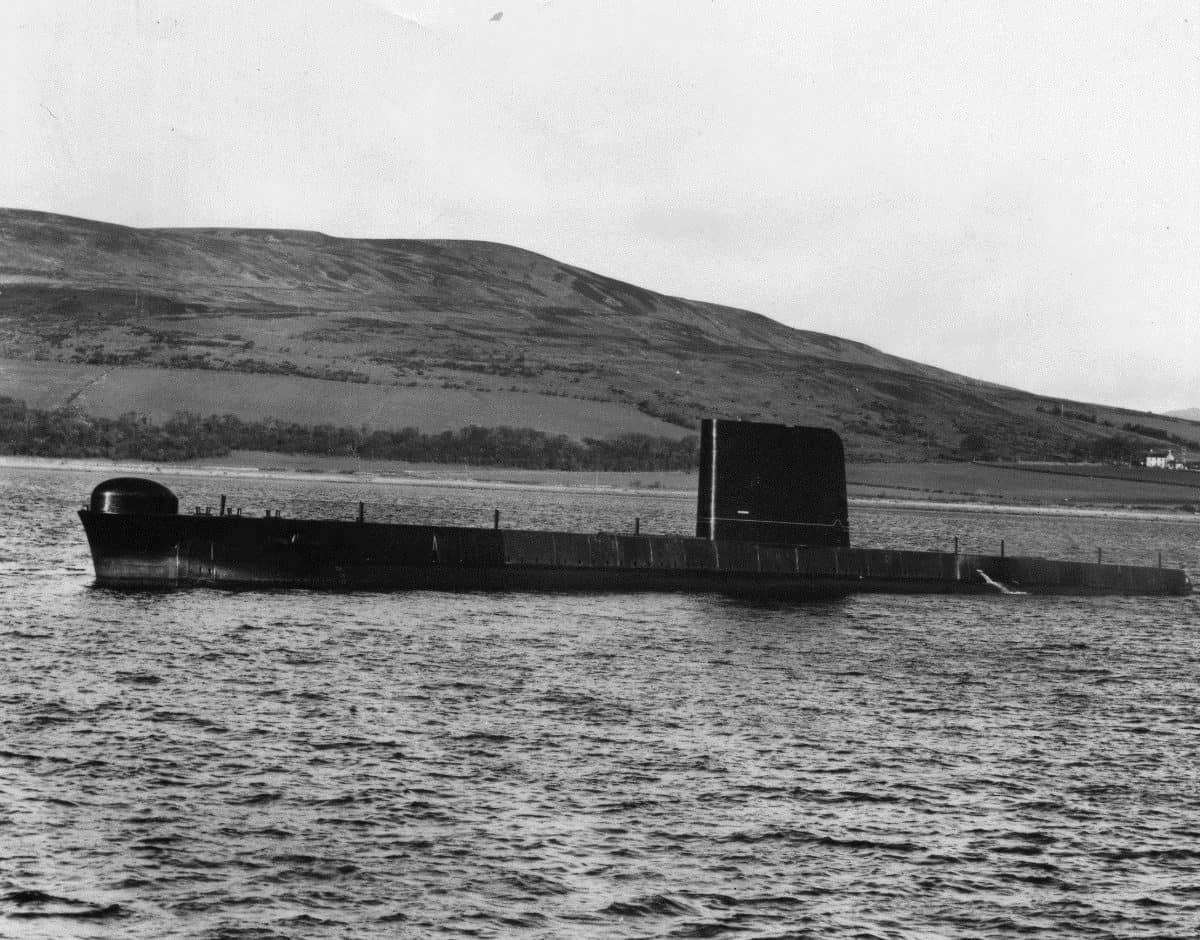 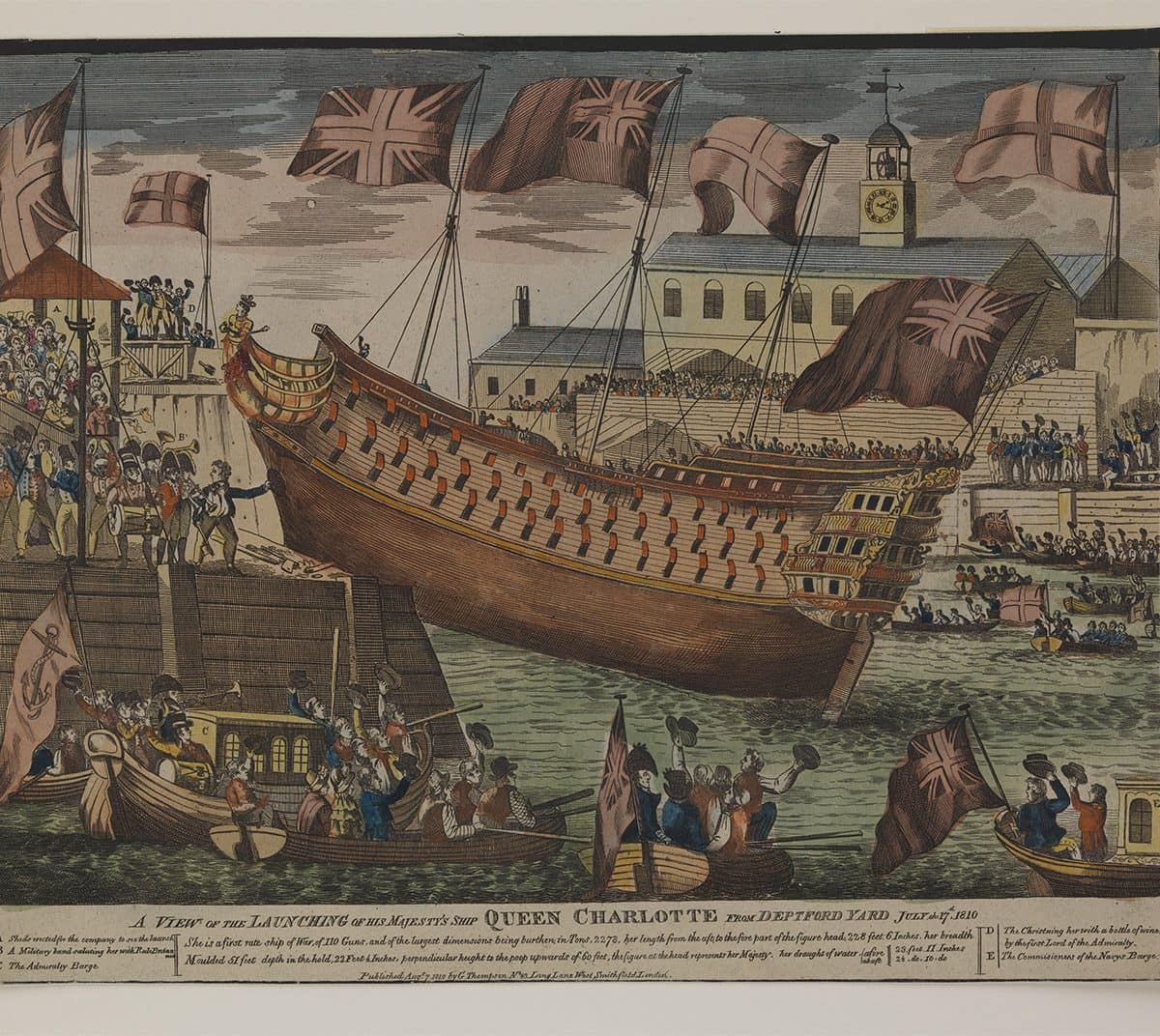