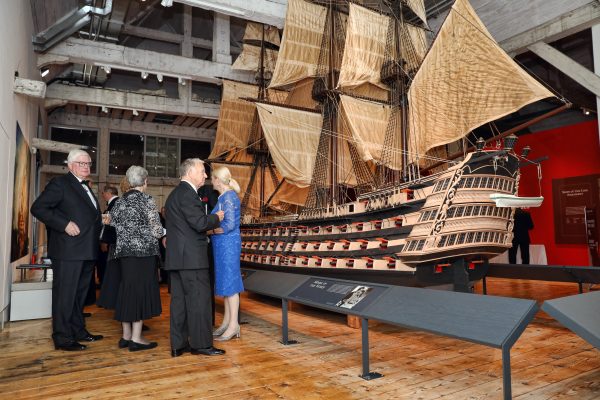 Since the early 19th Century, Trafalgar Night has been celebrated each October to commemorate victory at the Battle of Trafalgar in 1805. This week we uphold this tradition with our annual black-tie dinner.

The Trafalgar Night dinner is steeped in tradition and is celebrated in Royal Navy Mess Decks and Wardrooms throughout the country and on Royal Naval vessels serving overseas. Whilst the number of people attending these dinners varies, the evening itself follows a very strict set of traditions. “Mr Vice”, a guest for the evening who is assigned the role of Vice-Chair, proposes a toast to HM The Queen , which true to Naval tradition, is performed sitting down. The Principle Guest proposes a toast to the “immortal memory of Admiral Lord Nelson” to mark the sacrifice he made during the battle and, unlike most toasts, this is taken standing up and in complete silence. Toasting at Trafalgar Night is always done with Port, which is passed around by table hosts who take great care to pass Port in a clockwise manner and ensuring to pour for ladies first.

At Chatham, the Trafalgar Night dinner takes place at the Mess Deck – the Historic Dockyard’s restaurant that was completed in 2016 as part of the National Lottery Heritage Funded ‘Command of the Oceans‘ project.  The award-winning gallery tells the story of how ships, like Nelson’s flagship HMS Victory, were designed and built. The formal dinner is hosted on a floor directly above the centuries-old remains of HMS Namur – the ‘ship beneath the floor’. The Namur was a 90-gun second rate ship of the line that served in the aftermath of the Battle of Trafalgar – making the dinner at The Historic Dockyard rather special. 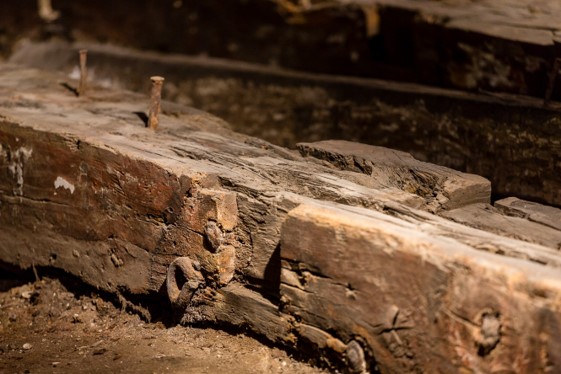 In keeping with tradition, the evening at Chatham begins with an introductory speech by Admiral Sir Trevor Soar KCB, OBE, DL – Chairman of Chatham Historic Dockyard Trust. This is followed by a 3-course meal before several traditional toasts are proposed. 2019’s Principle Guest, Sir Peter Luff, makes the toast to the “immortal memory of Admiral Lord Nelson”.

The Historic Dockyard Chatham has a strong history with Nelson. He learned to sail on the River Medway and HMS Victory was built and launched at Chatham. The famous ship, designed in our Mould Loft, went on to play a nationally significant role at the Battle of Trafalgar. The Victory was not the only ship to have ties with Chatham and Nelson, over a third of Nelson’s fleet had some connection with the Dockyard for ship building and repair. 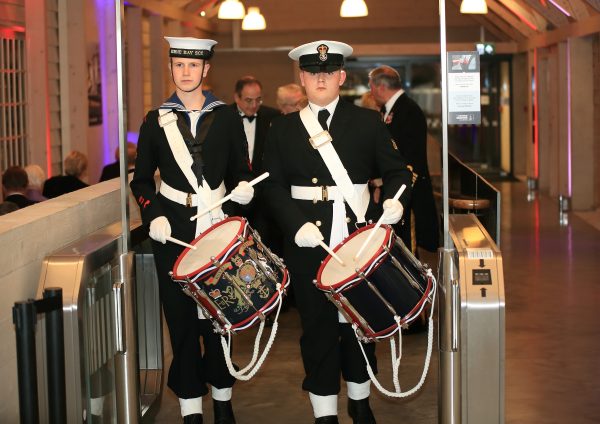 Please note the Trafalgar Night dinner is invitation only and not open to the public.