Entry to the exhibition is included in your admission ticket to The Dockyard.

In partnership with the National Museum of the Royal Navy

Join us this year to explore our new, immersive exhibition showcasing objects and findings from the Diving Deep: HMS Invincible archaeological excavation.

The exhibition tells the story of the amazing Invincible, her capture, the contribution she made to the British Royal Navy and ship design and her subsequent sinking and rediscovery by a local fisherman, Arthur Mack, nearly 200 years later.

Entry to the exhibition is included in your admission ticket to The Dockyard.

HMS Invincible is one of the Royal Navy’s most famous ships. The original Invincible was a Georgian war ship, built by the French Navy in 1744. This innovative ship revolutionised warfare at the time with many ships being modelled after her.

Invincible was captured by the British Royal Navy at the battle of Cape Finisterre in May 1747. She was immediately sailed to Portsmouth Naval Dockyard where they measured every inch of her.  Her special design, unique lines and 74-gun capacity were copied and her Class became the backbone of the Royal Navy’s fleet right up to the end of the sailing navy and the beginning of the age of steam, starting with the HMS Valliant built at Chatham.

In February 1758 the ship ran aground in the Solent. The crew spent several days trying to re-float her but in the end had to give up and begin to salvage anything of value.

After her demise, Invincible became a forgotten national treasure, lying at the bottom of the Solent for over 260 years.  However, on the 1st May 1979, fisherman Arthur Mack caught his nets on a ‘fastner’- an underwater obstruction in the Solent just off Hayling Island. Over the next few weeks Arthur returned with John Broomhead to investigate what had caught his nets. At first John thought they had found an old, washed out pier but they soon realised that this obstruction was HMS Invincible.

Archaeological excavations began on her in the 1980’s and continued from 2017-2019. Many things found on Invincible look almost brand new as they have been preserved in the mud that lies underneath the layer of shifting sand at the bottom of the Solent. In 2019, the archaeologists recovered one of Invincible’s giant ropes that hold up the ship’s main mast. This is the only original, completely preserved main stay from this period in the world, it’s over 260 years old and looks almost new.

Thanks to the generosity of National Lottery players, the Maritime Archaeology Sea Trust (MAST) and Bournemouth University were able to begin excavations again in 2017 and, in partnership with the National Museum of the Royal Navy and Chatham Historic Dockyard Trust, Diving Deep: Invincible 1744 brings Invincible’s incredible story to you.

With special thanks to 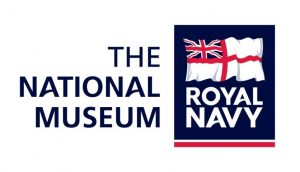 Dig Deep is a hands-on half term activity for budding archaeologists to experience the thrill of an underwater discovery (whi ... As an 80-acre site with over 40 scheduled listed monuments and buildings, The Historic Dockyard Chatham is packed full of str ... Explore where the real drama happens as a costumed midwife takes you on a walking tour of our historic site. With a picture b ... Join us on Saturday 12 March for a British Sign Language (BSL) tour of The Historic Dockyard Chatham and discover 400 years o ... Start planning your vintage outfit and perfecting your victory rolls now. The wartime spirit is very much alive and we’ ...